The Birth of the Me-Too Conservative 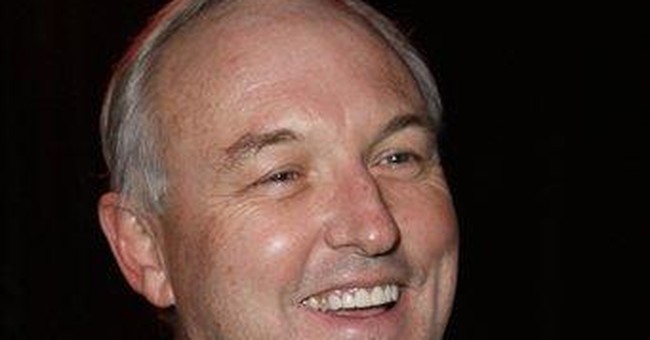 With the rise to enduring power of President Franklin Roosevelt's New Deal in 1933, a new type of Republican emerged in reaction to FDR's attractive and overawing power: the me-too Republican. Until the election of President Reagan five decades later, these me-too Republicans supported, rather than opposed, Democratic Party policies but claimed they would administer them better. Of course, this led to a half-century of Democratic dominance of American government and politics.

Now, on the cusp of what some think will be a major Obama victory, we are beginning to see emerge what I will call "me-too conservatives" -- initially among conservative commentators (politicians to follow). I have in mind, among others: Peggy Noonan, David Brooks, Chris Buckley, David Frum and Kathleen Parker.

Of course, they are not quite saying they are giving up conservatism for whatever it is Obama would bring. They are initially focusing on style or, in the newly arrived cliche, temperament -- a term made famous, interestingly, to describe FDR as possessing a second-class intellect but a first-class temperament.

"(Obama) doesn't seem to need the audience's love. But they need his. The audiences hunger for his affection, while he is calm, appreciative and didactic.

"He doesn't have F.D.R.'s joyful nature or Reagan's happy outlook, but he is analytical. His family is bourgeois. His instinct is to flee the revolutionary gesture in favor of the six-point plan." That is, amusingly, almost exactly what Vladimir Lenin's admirers, such as John Reed in "Ten Days That Shook the World," used to say in contrasting Lenin's style to the fierier Leon Trotsky. (Note: I am making a style point, not a substance point.)

But they all cast their admiration for Obama in contrast with Sarah Palin -- whom they mischaracterize through a process of intellectual and historic dishonesty tempered by cultural snobbery and fear.

For example, Peggy Noonan charges that Palin's "political decisions seem untethered to a political philosophy. She does not speak seriously but attempts to excite sensation -- 'palling around with terrorists.' But it's unclear whether she is Bushian or Reaganite. She has spent her time throwing out tinny lines to crowds she doesn't, really, understand. This is not a leader, this is a follower. She could reinspire and reinspirit; she chooses merely to excite. She doesn't seem to understand the implications of her own thoughts."

Oh, my. Has Peggy been napping up there on Mount Olympus through the past several generations of American politics? She accuses Palin of not engaging America in a Socratic dialogue, of using phrases untethered to a political philosophy. Exactly what philosophy are the slogans "change" and "hope" tethered to? American presidential campaigns, with very few exceptions, have been little more than slogans shouted in the hopes that crowds will be excited by them. The much-admired Obama campaign has been the greatest exemplar of style over substance. However, it is Peggy Noonan's completely unsupported sneer at Palin's mental capacities that is most revealing.

I think that Peggy may have unconsciously touched on what really is going on here when she accuses Palin -- who is attracting crowds as big, if not bigger than any Reagan ever drew -- of being a "follower not a leader." Peggy's unconscious fear may be that it will be precisely Sarah Palin (and others like her) who will be among the leaders of the about-to-be-reborn conservative movement. I suspect that the conservative movement we start rebuilding on the ashes of Nov. 4 (even if McCain wins) will have little use for overwritten, over-delicate commentary. The new movement will be plain-spoken and socially networked up from the Interneted streets, suburbs and small towns of America. It certainly will not listen very attentively to those conservatives who idolatrize Obama and collaborate in heralding his arrival. They may call their commentary "honesty." I would call it -- at the minimum -- blindness.

The new conservative movement will be facing a political opponent that will reveal itself soon to be both multiculturalist and Eurosocialist. We will be engaged in a struggle to the political death for the soul of the country. As I did at the beginning of and throughout the Buckley/Goldwater/Reagan/Gingrich conservative movement, I will try to lend my hand. I certainly will do what I can to make it a big-tent conservative movement. But just as it does in every great cause, one question has to be answered correctly: Whose side are you on, comrade?