Washington’s Revenge of the Nerds

Tom Tradup
|
Posted: Jan 08, 2021 12:01 AM
Share   Tweet
The opinions expressed by columnists are their own and do not necessarily represent the views of Townhall.com. 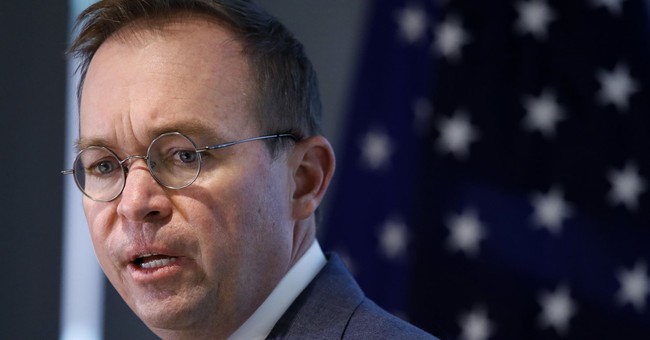 Our nation’s capital is often referred to as a swamp (as in “drain the,” etc.), but I think of it more like a Middle School playground. You know...with the pecking order including cliques of “cool kids” and the less popular nerds.

Washington, D.C. operates much like that adolescent caste system: you have a powerful, towering presence like Donald J. Trump and then pretty much everybody else. But the “everybody elses” know if they can just lay low and bide their time, sooner or later the “big guy” will stub his toe and they’ll all rush in to pile on. As we’ve seen this week.

Until a group of malcontents broke away from the tens of thousands of peaceful demonstrators supporting President Trump’s call for a delay in certifying Electors from the 2020 balloting until a commission could give a full examination of the irregularities which took place in multiple states, you couldn’t find enough people in “official Washington” to fill a corner booth at the Old Ebbett Grill who were willing to oppose him.

But once the “pro-Trump goons” (as most hysterical cable TV anchors referred to them) breached the doors of the Capitol, it was Game On for the Revenge of the Nerds. Little people of all stripes including Congressmen, Senators, former U.S. Presidents and even CEOs of major corporations outran even Chuck Schumer to get in front of TV cameras and denounce the one man who they flatly declared was personally responsible for the spectacle: Donald Trump.

Mind you, most Trump supporters I know do not make it a habit of wearing professional riot helmets. Or stupid Viking hats with buffalo horns sticking out of them. They don’t pack military MRE’s or batons with which to attack law enforcement officers. And they don’t carry huge plexiglass shields with which to smash glass doors and windows.

That kind of stuff usually is the trademark of…..nah, CAN’T be THEM! Less than 24 hours after the Capitol grounds were secured, The Washington Post website confidently blared this headline: “No, there’s no substantive evidence that the Capitol riot was spurred by antifa.” Backed up by their own investigation including experts in “facial recognition” who surely would know if Antifa had been instigating. Nope. They declared that it was Trump who was the villain.

It brought to mind the old fable of the trembling mice wanting to nullify the threat of a marauding cat…so one proposes placing a bell around the cat’s neck to warn them of his approach. But they had a problem: who would bell the cat? At that point, everyone had an excuse why they could not act.

So when folks illegally ran through the halls of Congress—I foolishly thought a Joint Session of Congress would have been fully secured by Capitol police but I digress—and banged on doors and (gasp) put their feet up on Nancy Pelosi’s desk (!!) brigades of the formerly spineless suddenly got up on their hind legs and formed, um, their OWN mob.

“Use the 25thAmendment to remove him immediately,” demanded back-benchers like Adam Kinsinger from New York. “Articles of impeachment are in order,” yammered Speaker Pelosi who—incredibly—at the height of Wednesday’s unrest, placed an urgent phone call for help to Virginia Governor Ralph Northam! Personally, if people need to wrap their neuroses around a “Constitutional Crisis,” how about the woman 3rd-in-line for presidential succession turning to the self-styled “Governor Blackface” when her safety was in jeopardy?

The mass hysteria is unabated. Facebook and Twitter have “locked” President Trump’s accounts until his term ends “to prevent him from posting incendiary messages.” Something called Shopify has unilaterally shut down e-commerce sites for the TrumpStore.com and shop.DonaldJTrump.com because their policy “prohibits retailers from promoting people that promote violence.” This is real rubber room stuff, and let’s pray Shopify doesn’t also operate the Raphael Warnock online store…or good luck buying your shirt reading, “I ran over my wife’s foot with my car and all I got was this dumb Senate seat.”

Bottom line: Washington sure loves to kick a guy when he’s down. And right now, President Trump is clearly having a bad week. Every lower-echelon knucklehead tucked away in some lonely corner of various Federal Government departments can have his or her 5-minutes of fame on MSNBC or CNN by bashing the president and saying they were “against him all along”...or dreaming of nutty acts like removing him with the 25th Amendment.

But these nerds would be wise to remember: this DJT cat has nine lives. And a long memory. And the support of millions who will never abandon his mission to Make America Great Again……again.

Tom Tradup is V.P./News & Talk Programming for Dallas-based Salem Radio Network. He can be reached at ttradup@srnradio.com