In Praise of Rick Santelli

Tom Tradup
|
Posted: Jan 09, 2017 12:01 AM
Share   Tweet
The opinions expressed by columnists are their own and do not necessarily represent the views of Townhall.com. 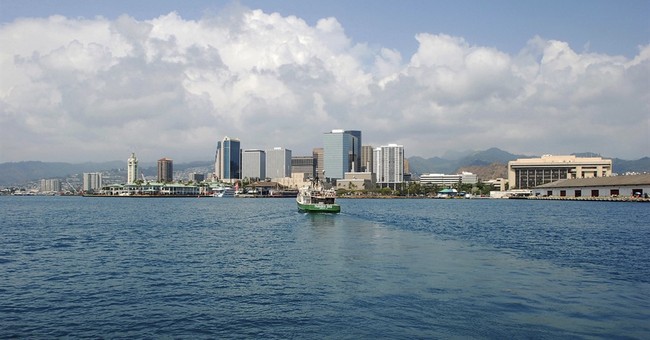 Amid the corrosive cynicism of cable TV chowderheads like Rachel “You’re not having a terrible, terrible dream” Maddow and the certifiable Lawrence O’Donnell (MSNBC’s roadshow version of Keith Olbermann) we all just got a stark reminder why some of the best commentators can be found on cable’s “Business channels.

The quasar of the whole shebang, of course, is Lou Dobbs…whose nightly Lou Dobbs Tonight on the FOX Business Network offers ongoing proof why Lou is the best in the business: breaking news…headline-making guests…and cutting-edge, intelligent insight culled from Lou’s years in the political trenches. Still at the top of his game. (Full disclosure: Lou also provides financial reports three times daily on the Salem Radio Network, where I serve as Vice President of News and Talk Programming.)

But Sunday morning January 8th, another superb commentator—CNBC’s editor Rick Santelli---appeared on MEET THE PRESS and, in my opinion, set new standards of common sense and eye-level perspective amid the hysterics pulsing through official Washington and mainstream media in the final few days before Donald Trump is sworn in as our 45th President.

As host Chuck Todd and his panel reacted to the “balanced” perspectives of GOP guest U.S. Senator John McCain and his South Carolina acolyte Lindsey Graham over ways Russian hacking might have/could have/maybe did impact the 2016 race for President, Santelli dismissed the hyperventilating with this breathtakingly simple observation:

“When Target gets hacked, I don’t hear people asking: ‘Hey, was it Kohl’s? Was it Wal-mart? It doesn’t matter. There was a hack…you deal with it.” He added—as the other MEET THE PRESS panelists obviously were not going to acknowledge it—that the 24/7 coverage of the hacking “scandal” is all politically motivated and just more of the campaign to delegitimize Donald J. Trump as our 45th President.

When—predictably—he got blowback from Andrea Mitchell, columnist David Brooks of the New York Times and others, Santelli pointed out that obviously the timing of current outrage is politically driven.

“Where was all of this when the DNC was hacked in June…this wasn’t made an issue because it would have put Hillary’s e-mails and server right in the thick of it. That’s why this went under the radar screen.”

But wait! The most magical was yet to come…as Santelli uttered the following heresy to colleagues Todd and Mitchell: “On election night, I never saw you so unhappy. You picked sides, everybody picks sides.” Andrea Mitchell sputtered that it wasn’t true (pay no attention to those election night videos posted on YouTube™) and pleaded “Let’s get back the facts here.” Classic! You can watch the whole exchange and judge for yourself:

Rick Santelli is credited with being a father of the Tea Party movement when he roared, “President Obama, are you listening?...We’re thinking of having a Chicago Tea Party in July. All you capitalists that want to show up to Lake Michigan, I'm going to start organizing” while reporting live from the Chicago Board of Trade in 2009.

His MEET THE PRESS tour de force was just as electrifying.

So with no disrespect to Messrs. O’Reilly, Hannity, and the new crown prince of cable Tucker Carlson…my strong advice for those seeking even more balance in their information-gathering is: the cable “Business” channels are pretty awesome incubators of much more than just stock updates and subordinated debentures. And well worth your “investment” of time and attention.

Oh, and let’s all keep Rick Santelli is our prayers. Even with the new sheriff arriving in Washington on January 20th…the fate of Luca Brazzi in The Godfather keeps running through my mind. Powerful forces in control of mainstream media still want conservative messages—if not the messengers themselves—to sleep with the fishes.

Enes Kanter to Change Last Name to 'Freedom' as He Becomes U.S. Citizen
Landon Mion
NIH Director Francis Collins: Vaccines 'Most Likely' Protect Against Omicron Variant, 'No Reason to Panic'
Rebecca Downs
Fauci on Attacks Against Him From Sens. Paul, Cruz: 'They're Really Criticizing Science'
Landon Mion
Buttigieg on Criticism Over Comments About Racist Roads: ‘the Point Is Not to Make America Feel Guilty’
Landon Mion
Fauci Says 'We're Going to Have to Start Living with COVID' Because It Won't Be Eradicated
Landon Mion
Fauci Fear Mongers on XI Variant and Warns Lockdowns Could Be Coming
Katie Pavlich