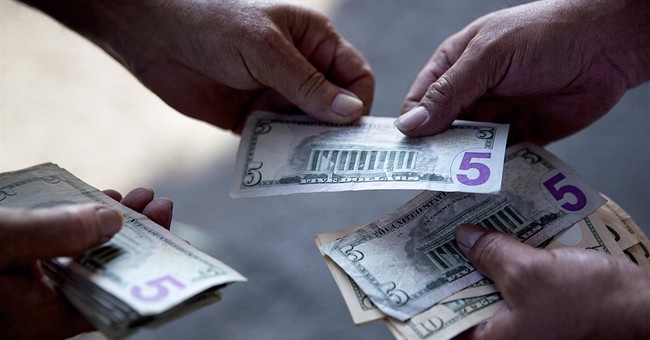 Here's a sobering fact: American entrepreneurship is in decline for the first time since the U.S. government started measuring it.

And U.S. Census Bureau data show that the U.S. ranks “12th among developed nations in terms of business startup activity,” according to Jim Clifton, chairman and CEO of Gallup.

Believe it or not, when measured in per-capita terms, socialist countries such as Denmark, Finland, New Zealand and Sweden now have more startups than we do.

So does Hungary, formerly part of the Soviet bloc, as well as Italy, which hasn't had many successes in the economic prosperity column since before the Roman Empire collapsed.

Israel, which is a hub of innovation, entrepreneurship and economic wealth production, is the only country ahead of us that makes any sense.

“You never see it mentioned in the media, nor hear from a politician that, for the first time in 35 years, American business deaths now outnumber business births,” writes Clifton.

According to the most recent numbers, 400,000 new employer businesses — those with one or more employees, which Clifton says are the real engines of economic growth — “are being born annually nationwide, while 470,000 per year are dying.” Whereas in 2008, business startups outpaced shuttered businesses by 100,000.

If these sorry numbers don't worry you, they should.

Clifton says that “when small and medium-sized businesses are dying faster than they're being born, so is free enterprise. And when free enterprise dies, America dies with it.”

Declining American freedom is contributing to the decline of free enterprise. According to the sixth edition of the Legatum Institute's Prosperity Index, released last year, America now ranks 21st among the top 25 freest countries in the world.

The consensual transaction through which consumers and entrepreneurs spend their own money “is by far the best means yet devised for ensuring not only that scarce resources are used as productively as possible, but also that creative human effort is continually called forth to discover ever-newer and better ways to use resources,” they write.

But America is inhibiting, rather than encouraging, consumers and entrepreneurs nowadays. It's no wonder, then, that the economic recovery we have experienced since 2009 is the slowest in more than 70 years, says The Wall Street Journal.

And that doesn't bode well for any American.

Want a strong military? Want to provide health care for the needy? Want to pay off our rapidly growing bills before they sink us?

Clifton says that America's 6 million small businesses provide jobs for more than 100 million Americans — which produces a significant portion of the tax base we need to fund all that the government does.

“These small, medium and big businesses have generated the biggest economy in the world,” he writes. This “has allowed the country to afford lavish military and social spending and entitlements. And we've been able to afford all of this because, until now, we've dominated the world economy.”

If we want to enjoy renewed economic prosperity, we need a renewed burst of American entrepreneurship.

As goes the American entrepreneur, so goes America.