Todd Starnes
|
Posted: Sep 07, 2017 12:01 AM
Share   Tweet
The opinions expressed by columnists are their own and do not necessarily represent the views of Townhall.com. 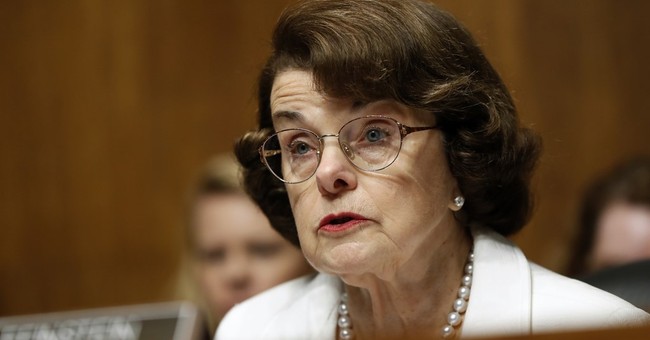 Senate Democrats came dangerously close to crossing a constitutional line regarding religious faith during an inquisition of one of President Trump's nominees for the federal court.

Senators grilled federal judicial nominee Amy Barrett -- demanding to know how her faith would influence her decisions from the bench. Barrett is a professor at Notre Dame Law School and a devout Catholic.

"When you read your speeches, the conclusion one draws is that the dogma lives loudly within you, and that's of concern when you come to big issues that large numbers of people have fought for, for years in this country," Feinstein said.

It was an "Are you now or have you ever been a Catholic" moment - and it was completely disgraceful. I warned you about this kind of religious waterboarding in my book, "The Deplorables' Guide to Making America Great Again."

Sen. Dick Durbin (D-IL) interrogated Barrett over her use of the term "orthodox Catholics" - in reference to an article she wrote on capital punishment.

“Do you consider yourself an orthodox Catholic?” Durbin asked.

“If you’re asking whether I take my faith seriously and I'm a faithful Catholic, I am," she told the senator. "Although I would stress that my personal church affiliation or my religious belief would not bear on the discharge of my duties as a judge."

Durbin, who is a Catholic, told Daily Caller News Foundation that his questions regarding Barrett's religious beliefs were justified.

“I prefaced my remarks by saying that going into a person’s religion is not the right thing to do in every circumstance,” he said. “But she’s been outspoken. As a law school professor at Notre Dame she has taken on the tough challenge of how a person with strong religious beliefs becomes a judge and looks at American law.”

Sen. Al Franken (D-MN) accused Barrett of being unfit for the bench because of her ties to Alliance Defending Freedom - an organization he called a "hate" group.

Barrett had once delivered a speech at the renowned law firm that specializes in defending religious liberty cases.

"As a member of Congress, Sen. Franken needs to fact-check before parroting discredited attacks by the Southern Poverty Law Center, a once-proud civil rights organization that is now a left-wing smear machine known to incite violence," ADF president Michael Farris said in a statement. "Alliance Defending Freedom is the largest religious liberty legal advocacy organization in the world and advocates for the freedom of all people—including Sen. Franken’s constituents—to peacefully live, speak, and work consistently with their convictions without fear of government punishment.”

Last June Sen. Bernie Sanders viciously attacked the religious faith of Russell Vought, the president's nominee to be deputy director of the White House Office of Management and Budget.

Sen. Sanders deemed Vought unsuitable for office because the nominee believes that salvation is found alone through Jesus Christ. He said someone with that kind of a religious belief system is “really not someone who this country is supposed to be about.”

“Senator Sanders is taking the Obama era’s religious hostility and putting it on steroids,” Perkins said.