Todd Starnes
|
Posted: Apr 21, 2016 5:41 PM
Share   Tweet
The opinions expressed by columnists are their own and do not necessarily represent the views of Townhall.com. 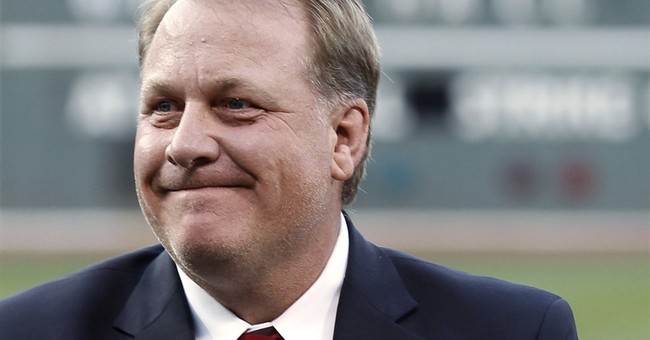 There’s no question that Curt Schilling has uttered a good number of politically incorrect statements during his career at ESPN.

The former All-Star pitcher has compared radical Muslims to Nazis and most recently suggested that Hillary Clinton “should be buried under a jail somewhere.”

But it was something he shared on social media – about transgender bathrooms -- that turned out to be the last straw for ESPN.

To be blunt -- he was unceremoniously fired because he has a problem with men using the ladies room.