Todd Starnes
|
Posted: Jan 11, 2016 2:09 PM
Share   Tweet
The opinions expressed by columnists are their own and do not necessarily represent the views of Townhall.com. 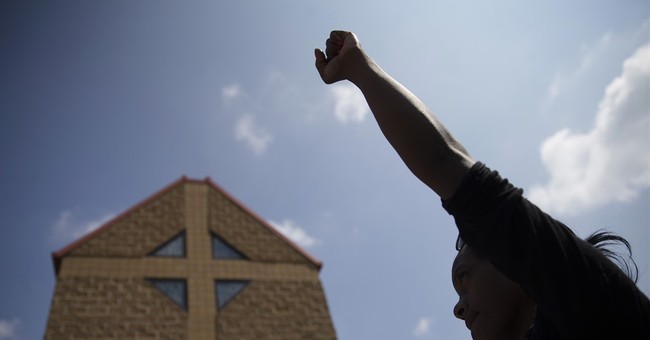 Franklin Graham is a voice crying in the wilderness.

“I believe we are perilously close to the moral tipping point for the survival of the United States of America,” Graham wrote in Decision magazine. “I refuse to be silent and watch the future of our children and grandchildren be offered up on pagan altars of personal pleasure and immorality.”

The Supreme Court has already redefined marriage. The nation has become a killing field for Islamic radicals. And Christians have become targets for practicing their First Amendment rights.

“There now exists deep-seated antagonism and hostility toward Christianity in every seat of power in this nation – government, media, courts and education,” Graham wrote. It has become open season on Christians.”

Instead of ignoring the rotting of America’s culture, the president and CEO of the Billy Graham Evangelistic Association has decided to do something about it.

Earlier this month, Graham launched the “Decision America Tour,” a series of prayer rallies at the capitol buildings of all 50 states.