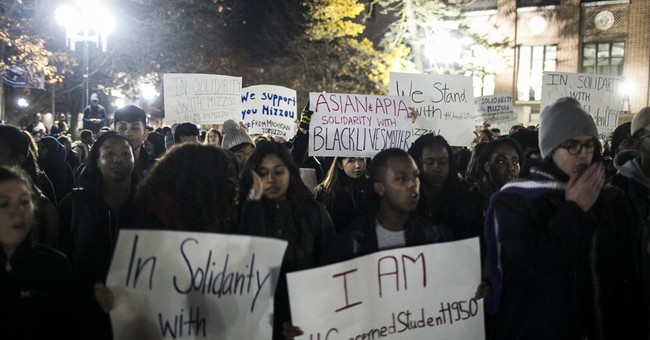 The University of Vermont recently held a retreat exclusively for Caucasian students so they could explore white privilege.

“Examining White Privilege: A Retreat for Undergraduate Students Who Self-Identify as White,” was the name of the three-day conference, as first reported by the website Campus Reform.

It’s a bit wordy for a t-shirt, in my humble opinion. They should’ve just called it “Blame the White Guy 2015.”

The retreat was sponsored by the university’s African, Latino, Asian, Native American and Bi/Multiracial Student Center – ALANA for short.

“It’s a new retreat specifically for white students to engage in building a stronger and inclusive campus community,” ALANA stated on its website.