Bullies Lose, Sanity Wins In Houston: There Will Be No Man Parts In The Ladies Room 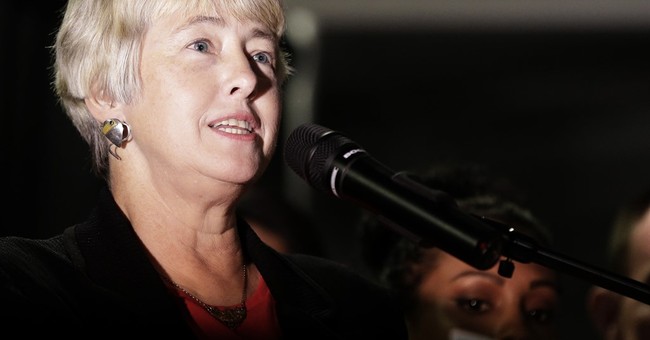 After a nearly 18-month slugfest, Houston’s LGBT nondiscrimination ordinance was crushed in a landslide defeat Tuesday – rejected by 61 percent of voters.

The nation’s fourth largest city sent a clear message to City Hall: men who identify as women are not welcome in the ladies room.

Their message was clear and strong for religious liberty and for the dignity of each unique human being made in the image of God,” Southern Baptist Convention President Ronnie Floyd told me.

While it was a good night for religious liberty, it turned out to be a bad night for the city’s openly lesbian mayor.