'He Did Nothing Wrong': Florida Principal Ousted After Defending Texas Cop 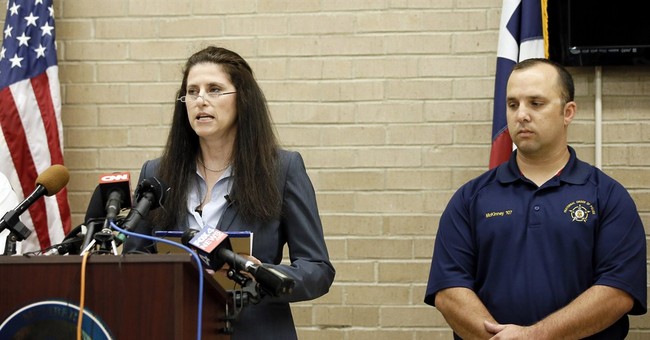 A Florida high school principal, who defended the Texas police officer at the center of that infamous pool melee, has become the latest victim of radical speech police hell-bent on trying to silence public discourse.

Alberto Iber lost his job as the principal at North Miami Senior High School after he wrote a comment about the McKinney, Texas incident on the Miami Herald’s website.

“He did nothing wrong,” Iber wrote. “He was afraid for his life. I commend him for his actions.”

Miami-Dade County Public Schools released a statement on June 10 announcing that Mr. Iber had been removed from his position at the high school and reassigned to an administrative position.

The district said they require their employees to conduct themselves “in a manner that represents the school district’s core values.”

“Judgment is the currency of honesty,” Superintendent Alberto Carvalho wrote in a statement. “Insensitivity – intentional or perceived – is both unacceptable and inconsistent with our policies, but more importantly with our expectation of common sense behavior that elevates the dignity and humanity of all, beginning with children.”

The district’s statement seems to borrow heavily from an ideology that suggests while Americans have free speech – there’s a price to pay for speaking out.

Mr. Iber addressed the firestorm of controversy and affirmed his support for the police in a statement that was released to the Miami Herald.

“I support law enforcement, and also the community and students that I serve as the proud principal of North Miami Senior High,” he wrote. “The comment I posted was simply made as the result of a short video that I watched and my personal opinion.”

He also said it was not his intention to upset people – and he regretted that his three-sentence message had become newsworthy.

Local news organizations suggested the reason Iber’s opinion became newsworthy is because North Miami is a “diverse” neighborhood – meaning most of the residents are black.

“If you’re running a majority black school and you say a remark such as that people will not respect you,” a student told NBC News in Miami.

Councilman Alix Desulme, who identifies himself as a Haitian-American, was among those who condemned the former principal – and said he was “appalled.”

“For him to make such a comment is insensitive to the community,” he told the Miami Herald.

Are the councilman and the superintendent suggesting the principal had an obligation to condemn the Texas police officer? Would the principal still have a job had he done so?

The school district told me the superintendent would have no further comments on the matter. And his silence is damning.

Superintendent Carvahlo sent a very chilling message to his employees – any opinion that is contrary to liberal ideology must be silenced. And those who dare to voice such an opinion in the public marketplace must be severely punished.

While we may never know for sure if race was the motivating factor – it appears a good and decent educator was felled simply because he defended a white man.

As we say around the Fox News Corner of the World – I’ll just let you decide.