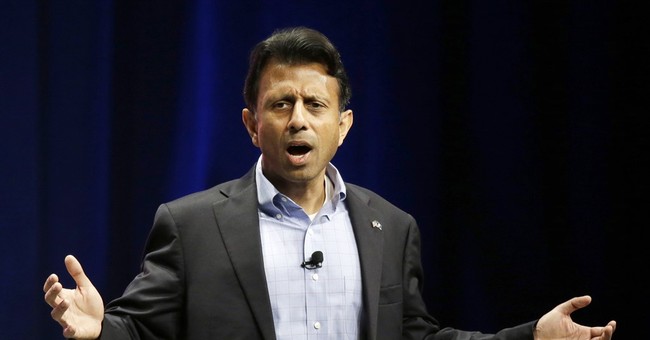 Trending
There is a painful irony in a recent decision of the 5th U.S. Circuit Court of Appeals, on the side of Governor Bobby Jindal of Louisiana, whom the U.S. Department of Justice tried to stop from making charter schools widely available to minority youngsters in his state.

The Circuit Court's decision over-ruled a lower court decision on the side of the Justice Department, which was opposing the large-scale creation of charter schools in Louisiana, on grounds that this would interfere with long-standing federal government efforts to racially integrate public schools.

In short, Governor Jindal's attempt to give minority children a chance for a better education prevailed against the attempts of the political left to use these children as guinea pigs for their theories about mixing and matching students by race.

What made the Circuit Court decision ironic and painful was that this decision came right after Bobby Jindal had withdrawn his candidacy for the Republican nomination for president in 2016. Nor was he the first governor to withdraw from the campaign for a presidential nomination. Nor is he likely to be the last.

Some of us think someone who is going to govern from the White House ought to have had some experience governing somewhere else before, if only so that we can get some idea of how good -- or how bad -- he is at governing.

How good someone may have been in business, or in a profession, or as a member of Congress, is no real clue to what that individual will be like when it comes to governing the country.

Certainly choosing a first-term Senator on the basis of his political rhetoric is something that has not turned out well in the case of Barack Obama, and may turn out to be truly catastrophic, as international terrorism spreads.

The primary campaign is supposed to help us find out such things. Instead, the media have turned this into a side show about Donald Trump.

Nor was this all media political bias. The Fox News Channel, which broadcast the first "debates," opened up the second-tier candidates' session with a question about Donald Trump, who was not even present, rather than about the nation's problems, which have been all too present.

The media instinct for the flashy and clever irrelevancy seems to be non-partisan. The fact that we may be at a crossroads in world history does not seem to spoil their sense of fun and games.

Much of the time that could have been spent bringing out what candidates with governing experience have to offer was spent instead interviewing not only Trump himself but even members of his family.

This year the Republicans have had a much better qualified set of nominees to choose from than in previous election years. But most of them may be gone before we have learned enough about them to know whether we would have been for them or against them.

It is the governors who have a record that goes beyond their rhetorical skills. And it is those records that need to be examined.

A complicating factor in this and some previous Republican primary campaigns is that there are so many conservatives splitting the conservative vote that it may guarantee that some mushy moderate gets the nomination, but cannot get enough Republican voters to turn out on election day.

At this point, Governor Chris Christie of New Jersey seems to be the kind of articulate conservative candidate who can galvanize Republican voters to turn out on election day to vote, and perhaps even attract some Democrats with that political rarity, straight talk.