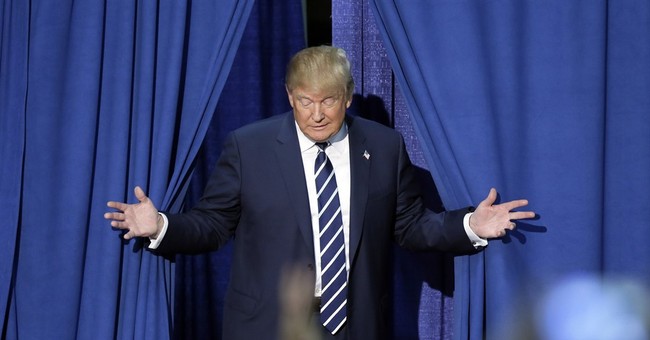 Trending
In a country with more than 300 million people, it is remarkable how obsessed the media have become with just one -- Donald Trump. What is even more remarkable is that, after six years of repeated disasters, both domestically and internationally, under a glib egomaniac in the White House, so many potential voters are turning to another glib egomaniac to be his successor.

No doubt much of the stampede of Republican voters toward Mr. Trump is based on their disgust with the Republican establishment. The fact that the next two biggest vote-getters in the polls are also complete outsiders -- Dr. Ben Carson and Ms. Carly Fiorina -- reinforces the idea that this is a protest.

It is easy to understand why there would be pent-up resentments among Republican voters. But are elections held for the purpose of venting emotions?

No national leader ever aroused more fervent emotions than Adolf Hitler did in the 1930s. Watch some old newsreels of German crowds delirious with joy at the sight of him. The only things at all comparable in more recent times were the ecstatic crowds that greeted Barack Obama when he burst upon the political scene in 2008.

Elections, however, have far more lasting, and far more serious -- or even grim -- consequences than emotional venting. The actual track record of crowd-pleasers, whether Juan Peron in Argentina, Obama in America or Hitler in Germany, is very sobering, if not painfully depressing.

The media seem to think that participation in elections is a big deal. But turnout often approaches 100 percent in countries so torn by bitter polarization that everyone is scared to death of what will happen if the other side wins. But times and places with low voter turnout are often times and places when there are no such fears aroused by having an opposing party win.

Despite many people who urge us all to vote, as a civic duty, the purpose of elections is not participation. The purpose is to select individuals for offices, including President of the United States. Whoever has that office has our lives, the lives of our loved ones and the fate of the entire nation in his or her hands.

An election is not a popularity contest, or an award for showmanship. If you want to fulfill your duty as a citizen, then you need to become an informed voter. And if you are not informed, then the most patriotic thing you can do on election day is stay home. Otherwise your vote, based on whims or emotions, is playing Russian roulette with the fate of this nation.

All the hoopla over Donald Trump is distracting attention from a large field of other candidates, some of whom have outstanding track records as governors, where they demonstrated courage, character and intelligence. Others have rhetorical skills like Trump or a serious mastery of issues, unlike Trump.

Even if Trump himself does not end up as the Republican nominee for the presidency, he will have done a major disservice to both his party and the country if his grandstanding has cost us a chance to explore in depth others who may include someone far better prepared for the complex challenges of this juncture in history.

After the disastrous nuclear deal with Iran, we are entering an era when people alive at this moment may live to see a day when American cities are left in radioactive ruins. We need all the wisdom, courage and dedication in the next president -- and his or her successors -- to save us and our children from such a catastrophe.

Rhetoric and showmanship will certainly not save us.

Donald Trump is not the only obstacle to finding leaders of such character. The ultimate danger lies in the voting public themselves. All too many signs point to an electorate including many people who are grossly uninformed or, worse yet, misinformed.

The very fact that the voting age was lowered to 18 shows the triumph of the vision of elections as participatory rituals, rather than times for fateful choices. If anything, the age might have been raised to 30, since today millions of people in their 20s have never even had the responsibility of being self-supporting, to give them some sense of reality.

We can only hope that the months still remaining before the first primary elections next year will allow voters to get over their emotional responses and concentrate on the life and death implications of choosing the next President of the United States.