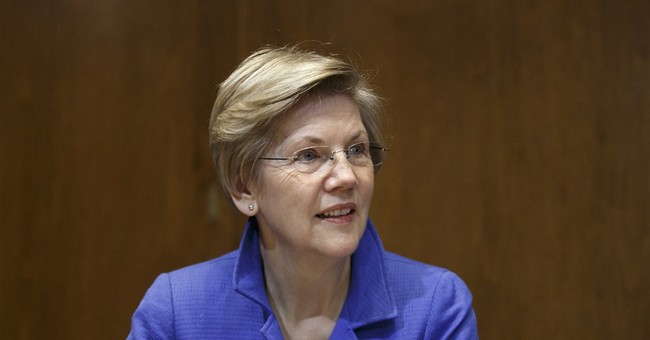 Trending
With 2015 just getting under way, the buzz of political activity makes it seem almost as if we are already in the midst of the 2016 presidential campaign.

Among the Democrats, Hillary Clinton is honing her message to appeal to the mindset of the left wing of her party, whose support she will need in her second attempt to get the nomination as the Democrats' presidential candidate in 2016.

The left wing's true believers would of course prefer Senator Elizabeth Warren, who gives them the dogmas of the left pure and straight, uncontaminated by reality. But she says she is not running.

Maybe she thinks the country is not ready to put another rookie Senator in the White House. After the multiple disasters of Barack Obama, at home and abroad, that self-indulgence should not be habit-forming.

We can certainly hope that the country has learned that lesson -- and that Republican rookie Senators get eliminated early in the 2016 primaries, so that we can concentrate on people who have had some serious experience running things -- and taking responsibility for the consequences -- rather than people whose only accomplishments have been in rhetoric and posturing.

The more optimistic among us may hope that the Republicans will nominate somebody who stands for something, rather than the bland leading the bland -- the kind of candidates the Republican establishment seems to prefer, even if the voters don't.

If the Republicans do finally decide to nominate somebody who stands for something, and who has a track record of succeeding in achieving what he set out to do, then no one fits that bill better than Governor Scott Walker of Wisconsin, who has put an end to government employee unions' racket of draining the taxpayers dry with inflated salaries and extravagant pensions.

That Governor Walker succeeded in reining in the unions, in a state long known for its left-leaning and pro-union politics, shows that he knows how to get the job done. It also shows that he has the guts to fight for what he believes, and the smarts to articulate his case and win the public over to his side, rather than pandering to whatever the polls show current opinion to be.

It is hard to explain how a country in which conservatives outnumber liberals could have elected a far-left Congress and a far-left President of the United States, without taking into account how rare are Republicans able and willing to develop the skills of articulation.

As a result, everyone knows what the Democrats stand for, but even some Republicans in Congress seem to have only a hazy idea of what principles Republicans stand for.

The country does not need glib or bombastic talkers. But it does need people with clarity of thought and clarity of words, along with a clear sense of purpose and an ability to achieve those purposes.

Republicans with these qualities seem far rarer in Washington than in state governments. Governors like Scott Walker in Wisconsin and Bobby Jindal in Louisiana can both talk the talk and walk the walk. In Congress, not so much.

If you think back to the most politically successful Republican presidents of the 20th century -- Ronald Reagan, Theodore Roosevelt, Calvin Coolidge and Dwight D. Eisenhower -- they were all men who already had the experience of being responsible for results, whether as governors or as a military commander in the case of General Eisenhower.

Those Republican presidents who self-destructed politically -- Hoover and Nixon, for example -- lacked that kind of background, however much they might have had other assets.

Yet there are a few Republicans in Congress today with both sharply focused minds and sharply focused words. Senator Jeff Sessions and Congressman Trey Gowdy come to mind immediately. If Republicans choose a governor as their presidential candidate in 2016, someone like canny Senator Sessions could make a very valuable contribution as vice-president, able to pass on to a new president the fruits of his experience in the Washington environment, along with his ability to resist the pitfalls of that environment.

In a sense, it is much too early to try to figure out what is going to happen politically in 2016. But, since some campaigns have already begun de facto, it is not too early for the rest of us to start scrutinizing those on the political horizon.