Republicans in the Wilderness 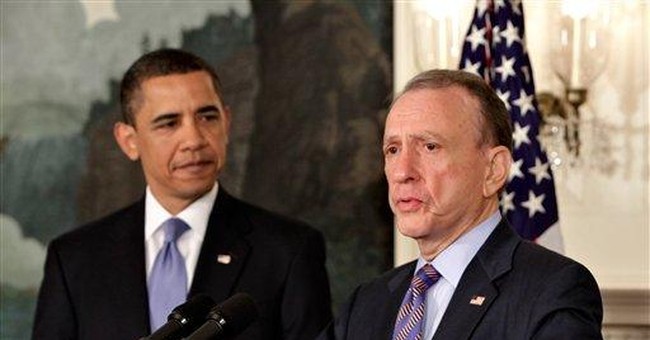 A Gallup poll last week showed that far more Americans describe themselves as "conservatives" than as "liberals." Yet Republicans have been clobbered by the Democrats in both the 2008 elections and the 2006 elections.

In a country with more conservatives than liberals, it is puzzling-- in fact, amazing-- that we have the furthest left President of the United States in history, as well as the furthest left Speaker of the House of Representatives.

Republicans, especially, need to think about what this means. If you lose when the other guy has all the high cards, there is not much you can do about it. But, when you have the high cards and still keep taking a beating, then you need to re-think how you are playing the game.

The current intramural fighting among Republicans does not necessarily mean any fundamental re-thinking of their policies or tactics. These tussles among different segments of the Republican Party may be nothing more than a long-standing jockeying for position between the liberal and conservative wings of that party.

The stakes in all this are far higher than which element becomes dominant in which party or which party wins more elections. Both the domestic and the foreign policy direction of the current administration in Washington are leading this country into dangerous waters, from which we may or may not be able to return.

A quadrupling of the national debt in just one year and accepting a nuclear-armed sponsor of international terrorism like Iran are not things from which any country is guaranteed to recover.

Just two nuclear bombs were enough to get Japan to surrender in World War II. It is hard to believe that it would take much more than that for the United States of America to surrender-- especially with people in control of both the White House and the Congress who were for turning tail and running in Iraq just a couple of years ago.

Perhaps people who are busy gushing over the Obama cult today might do well to stop and think about what it would mean for their grand-daughters to live under sharia law.

The glib pieties in Barack Obama's televised sermonettes will not stop Iran from becoming a nuclear terrorist nation. Time is running out fast and we will be lucky if it doesn't happen in the first term of this president. If he gets elected to a second term -- which is quite possible, despite whatever economic disasters he leads us into-- our fate as a nation may be sealed.

Unfortunately, the only political party with any chance of displacing the current leadership in Washington is the Republican Party. That is why their internal squabbles are important for the rest of us who are not Republicans.

The "smart money" says that the way for the Republicans to win elections is to appeal to a wider range of voters, including minorities, by abandoning the Ronald Reagan kinds of positions and supporting more of the kinds of positions that Democrats use to get elected. This sounds good on the surface, which is as far as many people go, when it comes to politics.

A corollary to this is that Republicans have to come up with alternatives to the Democrats' many "solutions," rather than simply be nay-sayers.

However plausible all this may seem, it goes directly counter to what has actually happened in politics in this generation. For example, Democrats studiously avoided presenting alternatives to what the Republican-controlled Congress and the Bush administration were doing, and just lambasted them at every turn. That is how the Democrats replaced Republicans at both ends of Pennsylvania Avenue.

Ronald Reagan won two elections in a landslide by being Ronald Reagan-- and, most important of all-- explaining to a broad electorate how what he advocated would be best for them and for the country. Newt Gingrich likewise led a Republican takeover of the House of Representatives by explaining how the Republican agenda would benefit a wide range of people.

Neither of them won by pretending to be Democrats. It is the mushy "moderates"-- the "kinder and gentler" Bush 41, Bob Dole and John McCain-- who lost disastrously, even in two cases to Democrats who were initially very little known, but who knew how to talk.