The Audacity of Rhetoric

Thomas Sowell  |  Mar 26, 2008
The opinions expressed by columnists are their own and do not necessarily represent the views of Townhall.com.
Top Columns
Trending on Townhall Media

It is painful to watch defenders of Barack Obama tying themselves into knots trying to evade the obvious.

Some are saying that Senator Obama cannot be held responsible for what his pastor, Jeremiah Wright, said. In their version of events, Barack Obama just happened to be in the wrong place at the wrong time -- and a bunch of mean-spirited people are trying to make something out of it.

It makes a good story, but it won't stand up under scrutiny.

Barack Obama's own account of his life shows that he consciously sought out people on the far left fringe. In college, "I chose my friends carefully," he said in his first book, "Dreams From My Father."

These friends included "Marxist professors and structural feminists and punk rock performance poets" -- in Obama's own words -- as well as the "more politically active black students." He later visited a former member of the terrorist Weatherman underground, who endorsed him when he ran for state senator.

Obama didn't just happen to encounter Jeremiah Wright, who just happened to say some way out things. Jeremiah Wright is in the same mold as the kinds of people Barack Obama began seeking out in college -- members of the left, anti-American counter-culture.

In Shelby Steele's brilliantly insightful book about Barack Obama -- "A Bound Man" -- it is painfully clear that Obama was one of those people seeking a racial identity that he had never really experienced in growing up in a white world. He was trying to become a convert to blackness, as it were -- and, like many converts, he went overboard.

Nor has Obama changed in recent years. His voting record in the U.S. Senate is the furthest left of any Senator. There is a remarkable consistency in what Barack Obama has done over the years, despite inconsistencies in what he says.

The irony is that Obama's sudden rise politically to the level of being the leading contender for his party's presidential nomination has required him to project an entirely different persona, that of a post-racial leader who can heal divisiveness and bring us all together.

The ease with which he has accomplished this chameleon-like change, and entranced both white and black Democrats, is a tribute to the man's talent and a warning about his reliability.

There is no evidence that Obama ever sought to educate himself on the views of people on the other end of the political spectrum, much less reach out to them. He reached out from the left to the far left. That's bringing us all together?

Is "divisiveness" defined as disagreeing with the agenda of the left? Who on the left was ever called divisive by Obama before that became politically necessary in order to respond to revelations about Jeremiah Wright?

One sign of Obama's verbal virtuosity was his equating a passing comment by his grandmother -- "a typical white person," he says -- with an organized campaign of public vilification of America in general and white America in particular, by Jeremiah Wright.

Since all things are the same, except for the differences, and different except for the similarities, it is always possible to make things look similar verbally, however different they are in the real world.

Among the many desperate gambits by defenders of Senator Obama and Jeremiah Wright is to say that Wright's words have a "resonance" in the black community.

There was a time when the Ku Klux Klan's words had a resonance among whites, not only in the South but in other states. Some people joined the KKK in order to advance their political careers. Did that make it OK? Is it all just a matter of whose ox is gored?

While many whites may be annoyed by Jeremiah Wright's words, a year from now most of them will probably have forgotten about him. But many blacks who absorb his toxic message can still be paying for it, big-time, for decades to come.

Why should young blacks be expected to work to meet educational standards, or even behavioral standards, if they believe the message that all their problems are caused by whites, that the deck is stacked against them? That is ultimately a message of hopelessness, however much audacity it may have. 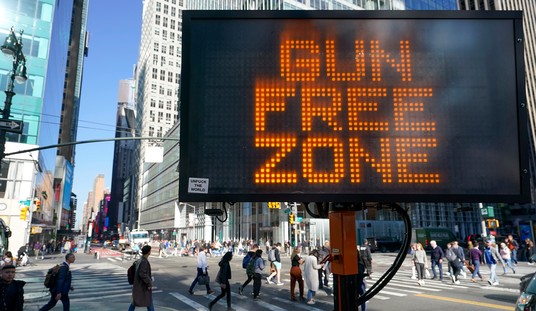