Joe Biden Is the Most Pro-Abortion President in History

Thomas Glessner
|
Posted: Aug 02, 2021 12:01 AM
Share   Tweet
The opinions expressed by columnists are their own and do not necessarily represent the views of Townhall.com. 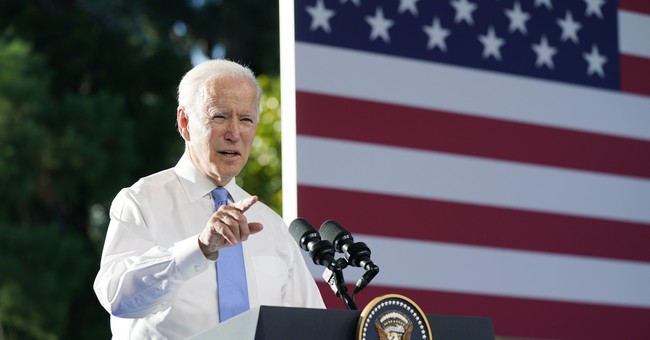 The Biden administration is fast becoming the most pro-abortion administration in history. Its advisors targeted the charitable work of pro-life agencies in cases like NIFLA v. Becerra. Now, Biden is proposing massive increases in abortion funding in the United States and around the world.

Biden has selected key advisors who are hostile to the work of pro-life pregnancy centers. These charitable agencies save thousands of lives by providing abortion alternatives that empower mothers to choose life. The Charlotte Lozier Institute reports that in 2019, pro-life pregnancy centers supplied more than $231 million in free support and services to women considering abortion. All such services are paid for through gifts from individuals – not government funds.

Who would oppose the good work of such agencies? Vice President Kamala Harris and HHS Secretary Xavier Becerra do.

Harris, as a Senator from California, and Becerra, as California’s attorney general, teamed up in 2015 to mandate that pro-life pregnancy centers must promote abortion on the walls of their waiting areas. Failure of any California center to comply with this mandate would have resulted in fines and levies. Over time, such penalties would have forced these nonprofits to close their doors. Ultimately, their efforts were defeated in the landmark Supreme Court decision of NIFLA v. Becerra.

The Biden administration is full of abortion zealots with similar track records. Now, they are pushing for increased abortion funding. For the first time in over four decades, the president’s federal budget proposal calls for direct taxpayer funding of elective abortions. It eliminates the longstanding Hyde Amendment, which has saved some 2.4 million children’s lives by stipulating that Medicaid cannot pay for abortions. Even Presidents Bill Clinton and Barack Obama, both abortion supporters, allowed the Hyde Amendment to remain in the federal budget.

The plan removes protection for those who object in conscience to funding abortion, along with provisions for those who wish to withdraw U.S. support for coercive population control. When President Biden served in the Senate, he supported the Hyde Amendment. During the 2020 election, he reversed this position to appease his party and its radical, far-left base.

Abortion has been dramatically reduced over the last twenty-five years thanks to the withdrawal of government funding and the national work of pro-life pregnancy centers. If Biden has his way, abortions will increase. Is this what America really wants?

Abortion is not just a legal and political issue. This year, NIFLA will welcome Evangelist Alveda King as the keynote speaker during its 2021 National Leadership Summit. As Dr. King has observed, abortion is the civil rights issue of our day. It is certainly a moral issue of the most profound nature and a foundational question facing America. What value do we place on the lives of those deemed inconvenient and expendable?

In October, the Supreme Court of the United States will be confronted with the constitutionality of its tragic Roe v. Wade decision. Many experts expect that the high court’s ruling in the Mississippi case will cut the heart out of Roe and possibly reverse it.

If Roe is dealt a mortal blow, what will be the response of America? That question and more will be discussed at a gathering of pro-life leaders during this month’s legal summit sponsored by the National Institute of Family and Life Advocates – victor in the landmark NIFLA SCOTUS decision. National leaders will consider how, in a post-Roe America, we must provide support for mothers considering abortion while protecting the unborn.

What will be our response to the cultural eruption to come in the aftermath of Roe? We know the Biden administration will react with more abortion funding in an attempt to promote more abortions. With advisors that oppress agencies offering abortion alternatives and unprecedented increases in government funding for abortion, Joe Biden has become the Babe Ruth of pro-abortion presidents.