The Power of a Page 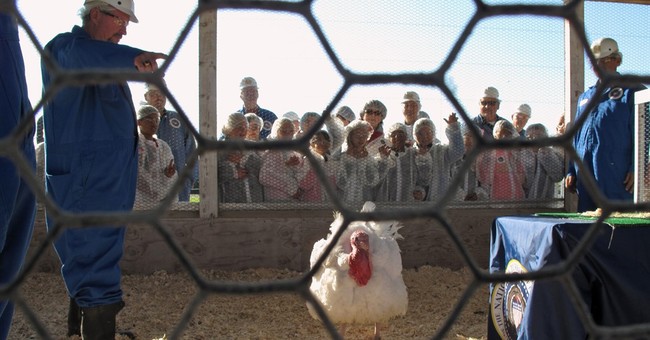 It’s easy to leave giving thanks to Thanksgiving, but gratitude is too important to leave to one day. Our evening news, talk shows, and newspapers are too easily preoccupied with violent crimes, natural disasters, crooked politicians, unethical business leaders, and, of course, evil terrorists. What bleeds leads, but today, let’s be thankful for the thousands of public and private leaders whose ethical choices and commitment to serve others can be an inspiration to us all.

To exceptional leaders, trust, service and integrity are invaluable resources that are treasured and lived out daily. After all, in a world of constant change there is great value to values. Core values can be both an anchor in rough seas and a lighthouse that helps illumine a positive and principled course through unchartered waters. True principles are not for sale. They provide the internal standard needed to be consistent, to build trust and to forge strong character.

That requires clarity on one’s non-negotiable first principles. Benjamin Franklin, one of our Founding Fathers, took time to write out his moral code:

*Resolve to perform what you ought. Perform without fail what you resolve

*Use no hurtful deceit; think innocently and justly; and, if you speak, speak accordingly

*Wrong none by doing injuries, or omitting the benefits that are your duty

*Be not disturbed about trifles, or at accidents common or unavoidable

Good business leaders often do the same. Russ Walden, the former President of Ridgecrest Properties, has since passed away. But Russ was known for limiting his business philosophy to one page of core principles. The last thing he would do before hiring a manager was to share his page and add a challenge: “You don't have to follow this, but it's important for you to understand that I will. At the end of the year, I also expect you to have your own page, one your own people can expect that you will use to lead.”

Here are some of the first principles Russ Walden included:

*The personal dignity of each individual is inviolate. A manager who often breaks this rule will eventually self-destruct, but I will probably get him (or her) first.

*As a manager, ask yourself, "How would I like it if my boss treated me the way I treat those who work for me? " If you are unsure, read Luke 6:31.

*We will only do things of which we can be proud. If our people are ashamed of a project, it will be a disaster.

Russ Walden not only shared his page; he lived it. When a pivotal top executive sexually harassed a part-time worker on the job, he used his one sheet of values to sort out his choices. He knew letting the executive go would cost the company in the short term, but his clear statement on his values made no room for making exceptions for top executives. He was fired.