Mark Levin to Rising Generation: Will You Choose Freedom? 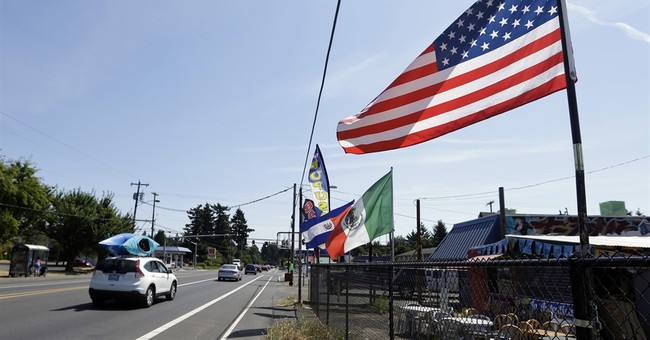 Will the children and grandchildren in America today have the same chance to live in prosperity and freedom as previous generations of Americans?

"Can we simultaneously love our children but betray their generation and generations yet born?" Mark Levin asks in the first sentence of his new book, "Plunder and Deceit."

Levin then presents a tragic irony.

"Among the least acknowledged facts of American modernity," he writes, "is the extent to which parents, acting in their familial capacity, naturally and tenaciously guard their young children from threat and peril, to the point of risking their own physical and economic security in extreme cases; however, as part of the political and governing community -- that is, the ruling generation -- many of these same parents wittingly and unwittingly join with other parents in tolerating, if not enthusiastically championing, disadvantageous and even grievous public policies that jeopardize not only their children's future but the welfare of successive generations."

In "Plunder and Deceit," Levin explains how government policies are working to curtail, if not crush, the prospects of freedom and prosperity for the rising generation of Americans.

First among these policies are federal benefit programs, which began with Franklin Delano Roosevelt and Social Security in the 1930s, and have been augmented by later presidents to include, among others, Medicare, Medicaid and Obamacare's expansion of Medicaid.

Levin explains how a growing number of older, retired Americans must rely on a relatively smaller number of younger earners to fund the benefits the government has promised them.

One reason for this, of course, is that the payroll taxes the government took from older Americans decades ago -- theoretically, to cover their future Medicare and Social Security benefits -- were spent the same year the Treasury got them.

That helped lead to the exploding debt the government faces today that threatens to choke off economic growth in the future.

"The laws of economics like the laws of science, are real, unlike the utopian images and empty assurances of expedient and self-aggrandizing politicians and bureaucrats," Levin writes. "There is a point of irreversibility from which no generation and the larger society can recover."

Another factor driving America toward a point of irreversibility, Levin argues, is a change in our tradition of immigration.

"For more than two centuries, the United States has attracted immigrants from all over the world," Levin notes. "America's civil society, in which societal and cultural traditions and values have served as a beacon to humanity, has historically inspired millions to come to America in search of a better life."

But then Levin points out: "It may surprise some to learn that in the past, each successive wave of immigration was followed by a period of time where the flow of aliens ebbed as more recent arrivals assimilated into the American way of life."

That is not so now. "Rather," says Levin, "the flow of immigrants coming to America for more than 40 years has been unprecedented and uninterrupted, with no end in sight."

"Open-ended immigration," he compelling argues, "takes a considerable toll on the job prospects of younger and less-skilled workers, as well as college-educated graduates."

As he has in previous works, Levin warns of the collapse of constitutional restraints on government power.

"Liberty is not an abstraction. It requires private and public virtue, a just rule of law, and established norms and institutions -- the opposite of fundamental transformation," he writes. "The form of government in which these indispensable qualities are best exhibited is a constitutional republic."

To paraphrase what Benjamin Franklin reportedly said after the Constitutional Convention, we have had a republic, but will our children get to keep it?

"The time has come for the rising generation to turn down the demands and schemes of centralized government, its surrogates, and those who steal from the future and look for ways to influence and drive public policy debates and outcomes in all its forms," Levin declares.

He calls for a New Civil Rights movement manned by the young.

"So I ask the rising generation -- America's younger people -- what do you chose for yourself and future generations?" he says. "Do you choose liberty or tyranny? And what do you intend to do about it?"