Suzanne Fields
|
Posted: Oct 27, 2017 12:01 AM
Share   Tweet
The opinions expressed by columnists are their own and do not necessarily represent the views of Townhall.com. 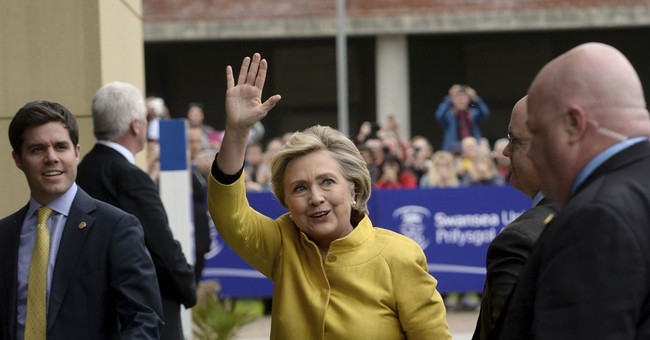 Nothing succeeds like success, so the conventional wisdom goes. But in politics, as a skeptic (of nearly everything) of my acquaintance is fond of reminding me, nothing recedes like success.

The Democratic critics of President Donald Trump thought special counsel Robert Mueller, with his investigation into Russian interference in the 2016 election and lurid suggestions of Russian collusion with the Republicans, would finally do what Hillary Clinton couldn't. Trump's days in the White House were numbered, and not a day too soon. It would be a slam dunk. Everybody who was anybody on the left thought so, and said so, early and often.

It's not quite working out that way. Mueller is apparently not finding what he thought he would and looking into matters that don't seem to be much about Russians, elections or even Trump. He has moved into the high weeds in search of something credible on which to hang his very expensive investigation. He has hired a lot of highly paid Washington, D.C., lawyers, some of whom have donated to Democrats, including Clinton. And Washington is suddenly rife with speculation and gossip that they haven't found much that sounds very jail-y.

Something from the recent past may now be gaining on Clinton and nervous Democrats. The hunters may have become the hunted. Republicans in Congress announced two new investigations on Tuesday. One will revisit Clinton's email scheme. The other involves the motivations behind a cozy uranium deal former President Obama's administration and then-Secretary of State Clinton pushed along to give the Russians effective control of 20 percent of the American supply of uranium, an element used in the manufacture of nuclear weapons, among other things.

The mainstream media thought this story had been put into a deep sleep. But this week, The Hill, the Capitol Hill web daily of politics, reported that by the time the Obama administration was weighing the wisdom of the uranium deal, "the FBI had gathered substantial evidence that Russian nuclear industry officials were engaged in bribery, kickbacks, extortion and money laundering designed to grow Vladimir Putin's atomic energy business inside the United States."

Clinton, who has lately been in London selling her new book about how and why she lost the election, dismissed the allegations as "baloney." A former spokesman of hers said the new investigations are "farcical." But nobody's laughing this time, and the account is gaining traction in other media.

These are not happy days for Clinton. She has suffered real pain, not just the pain of events that may be closing in on her. Last week, she went on a British talk show wearing a walking boot. She said: "I was running down the stairs in heels with a cup of coffee in hand. I was talking over my shoulder, and my heel caught, and I fell backwards." She added: "I tried to get up, and it really hurt. I've broken my toe." Anyone who has ever stubbed a toe on the way to the facilities in the middle of the night could sympathize with toe pain, if not pain exacted for bad judgments past. The lady must watch her step.

When the winter rains come, a deluge usually follows. The Washington Post, which does not search for Democratic scandal, reports that the Clinton campaign and the Democratic National Committee paid for research -- loosely defined -- that became that infamous dossier with allegations that Trump cavorted with hookers in squalid sex romps on a visit to Moscow. Trump says it was nonsense, and none of his accusers have proved otherwise.

Everybody can agree that our politics have become a confusion of intellectual chaos and anger inspired by malignant trivia, with serious men and women arguing about who should go to whose bathroom; whether multimillionaire athletes are entitled to kneel to support their politics; and what the president actually meant with his clumsy consolation of the widow of a soldier who died in defense of his country.

But the one constant in the heat and noise of the nation's politics is the presence, for better or worse, but nearly always worse, of Bill and Hillary Clinton. New controversy attends everything they do. They're the guests who came to dinner and just won't go home so the rest of us can clean up and count the silver. The nation gave its highest honor to Bubba -- twice. Hillary Clinton had two opportunities to follow him, and she failed -- twice.

Coming so close but going home with no cigar is no doubt a bitter pill to swallow. But like Midas, the Clintons can console themselves with the gold they've squirreled away. What Hillary owes the rest of us is her absence, but that may have to wait.