Honor Thy Mother as Thyself

Suzanne Fields
|
Posted: May 12, 2017 12:01 AM
Share   Tweet
The opinions expressed by columnists are their own and do not necessarily represent the views of Townhall.com. 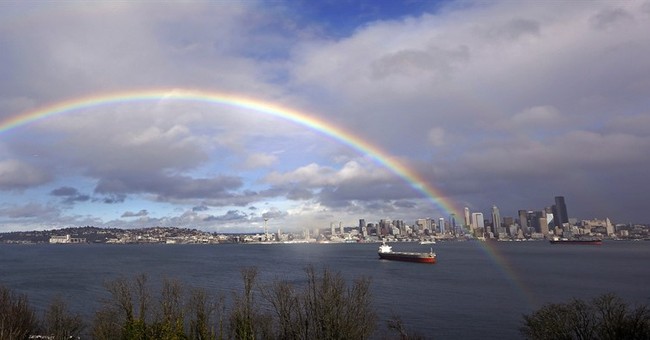 Trending
Mother's Day ain't what it used to be. (Apologies to Mom for using a word she hated.) The day set aside to obey half of the Biblical commandment "Honor thy father and thy mother" is grounded root and branch in multiculti faith, whose diverse goals do not always have much to do with motherhood.

Witty feminists put its origins in the ancient fecund Earth goddess Cybele, enthroned with a lion and a cornucopia, who was updated as a model of activism, as in "Cybele rights." Early Christians saw honoring mother as a commemoration of Mothering Sunday, which celebrated Mother Church more than a mother herself.

Aging baby boomers have seen Mother's Day liberated from the days of "father knows best," when the "little lady" was treated to a family brunch at a restaurant so she didn't have to do the dishes. Now, Mom the lawyer, Mom the doctor or Mom the Wall Street broker (married, single or divorced) takes everybody out for a "zen and tonic." The enlightened mother wants organic gluten-free buckwheat pancakes with a side of fresh kale and bean sprouts.

Mother's Day has reflected the trends and temperature of the times since President Woodrow Wilson, responding to an act of Congress, proclaimed the second Sunday in May as Mother's Day in 1914. Three years later, it was a day to honor the mothers of sons who were dying in World War I, the war to end war to which Wilson had said he would never send their sons to fight.

Since then, Mother's Day has reflected a certain mixture of hypocrisy and sentimentality, widely commercialized in the social and psychological attitudes of the changing times. Anna Marie Jarvis, credited as the mother of Mother's Day, frowned on the synthetic sentiment in a greeting card, saying it is "a poor excuse for the letter you are too lazy to write." Imagine what she would say about the texts and tweets adorned with a smiling emoticon of a generation that barely knows how to write.

Every generation thinks the one before is ignorant and old-fashioned, and there's an ironic sociological twist today. The stay-at-home mother, much maligned by Betty Friedan in "The Feminine Mystique" in 1963, has been replaced by the stay-at-home child. Many of the empty-nest grievers who were sad to see their children go off to college now find their progeny babies freeloading in the basement.

As of 2016, for the first time in more than 130 years, adults ages 18 to 34 were slightly more likely to be living with their parents than in their own household with a spouse or partner, according to the Pew Research Center.

Pew finds that approximately 24 million young adults are now living at home. Economic factors as well as personal choices account for the change. Some of these "emerging adults" are in school or looking for a job, but a remarkable 1 in 4 are doing neither. They are between 25 and 34 years old and number about 2.2 million. Not even graduate school can budge them from an easy chair in the basement or their childhood bedrooms upstairs -- still decorated with posters of Madonna and other heroes of yesteryear.

Most of them will be married by 40, but delayed families make for older grandparents and fewer grandchildren, further isolating the aging generations. The delay of marriage and children is likely to have repercussions in population shifts, as well as implications for public services. For now, the nation is in the midst of what Sen. Ben Sasse, a Republican senator from Nebraska, calls "a collective coming-of age crisis." In his forthcoming book, "The Vanishing American Adult," he observes how children don't learn how to become self-reliant adults because their parents aren't teaching them how. Computers and mobile devices compound the problem, contributing to shorter attention spans. Selfies are the mirrors of the age of narcissism.

"What's new today is the drift toward perpetual adolescence," says Sasse. Maturation is delayed as 10-year-olds and 25-year-olds alike constantly play with their electronic devices.

It's no surprise that between 1975 and 2016, the share of young women as homemakers fell from 43 percent of women ages 25 to 34 to 14 percent. Between the convenience of fast food and Whole Foods, it's not difficult to put a passable meal on the table without having to cook it. Checking out Reddit replaces conversation when you eat it. A popular Mother's Day gift this year is called Toast, a protective cover for her cellphone -- environmentally correct, of course. So here's a toast -- a real one -- to moms everywhere. May you continue to live in interesting times.