How the Debates Became a Morality Play 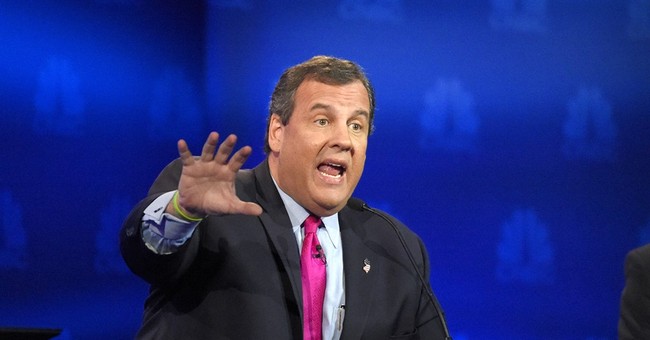 A mixture of Americans, Frenchmen and Germans, all swimming in the simmering pot of an extended family, got together in Paris one night last week to be entertained by a young American woman studying to be a clown in a school just outside the city. When she introduced herself, the biggest laugh of the evening went not for the clown but for one of the Americans, who said he thought all the American clowns were back home running for president.

That's what Donald Trump has done to the Republican field this season. He has caught the attention of the public, at home and abroad, with his clown-like persona, overshadowing the serious nature of the choice Americans must make next year. He has reduced the campaign so far to farce. What he has wrought won't be fully appreciated until he leaves the race, when we can begin to sift the issues of serious policies and sort the costs of the scenes he stole.

Politics offer drama that makes a difference (for better or worse). Campaigns are theater where instead of feeling pity, fear and psychological identification, as the theater is meant to provoke, we become spectators to actual events that shape our lives directly, not through mere metaphor. Voters make up the real-life audience of modern Falstaffs and Hotspurs, Prince Hals and King Henrys, greater- and smaller-than-life jesters, buffoons and clowns. The candidates collectively illuminate the culture's values high and low. Each is a different personality trying to find the magic formula to win hearts and minds and the magic bullet to pierce the armor of rivals. The debates, sometimes unruly and often unfair, are an education for the candidates as well as for us.

Falstaff educated Prince Hal in the ways of the vulgar world at the Boar's Head Tavern, as Shakespeare set out in "Henry IV," so that when the prince was finally called to take his father's place he would be prepared, armed with broad and deep insight into the people he would lead. The elaborate sets of the televised campaign debates are our 21st century Globe Theatre, offering staged comedies and histories of a diverse field of candidates. We watch an amazing bundle of contrasts, bombarded by ideas, witticisms and follies, sometimes provoked by the ego of questioner and camera. We always hope -- against expectation -- that we get a rich buffet of food for thought. If some of it gives indigestion, there are occasional nuggets of real food.

The Republicans should tread lightly in attempting to manage this buffet and let the questioners do their thing, biased, rude and sometimes silly as their thing can be. The public draws its own conclusions very well, and usually needs no help from pundits, managers and spinners. Truth will out, as the Bard said. When Ted Cruz called out the snarky moderators of CNBC, who set out to make the debate in Colorado a Punch-and-Judy show, positions were swiftly reversed. The immoderate moderators became the subjects of debate. Marco Rubio's putdown carried the day and became one of the most memorable lines of the night: "(Clinton) has her super PAC helping her out, the American mainstream media."

Another remark hit the target when Cruz observed that the debate was "not a cage match," and that the men and women on the stage "have more ideas, more experience, more common sense than every participant in the Democratic debate. That debate reflected the differences a debate between the Bolsheviks and Mensheviks." (The moderators might have had to Google that one. What's a Bolshevik? Who's a Menshevik?) Wit will out, too.

Chris Christie, the Jersey guy with flashes of blunt and telling humor, reminded everyone of the candidate he was before Bridgegate. "I'm the only person that's put out a detailed plan on how to deal with entitlements," he said, "and we'll save a trillion dollars over the next 10 years." (Hillary Clinton's "better idea" is raising Social Security taxes.)

Voters at home, summing up winners and losers in the days after the debates, rallied behind candidates who spoke back to media celebrity. Many of the questions were "mean spirited," as Reince Priebus, the chairman of the Republican National Committee, rightly said, "designed to embarrass our candidates." But the candidates shamed the questioners instead. It was one of those rare nights when the candidates actually beat the press. What began as farce turned into an instructive morality play. The Donald wasn't the only clown on the stage.