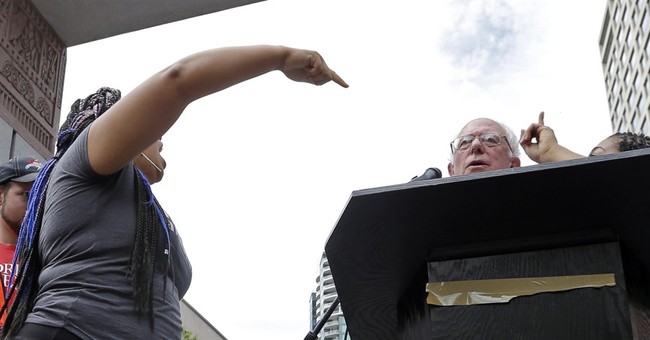 Trending
The strange summer of '15 fades with murder accelerating in the big cities. Most of the dead are black, slain by blacks. Many white liberals are in a fashionable rage of blaming themselves for it. What could we expect from this summer's endless search for outrage? The literati and the left is buzzing with praise, appreciation and approval for a new book, "Between the World and Me," by one Ta-Nehisi Coates, written as a letter warning his son that American white people -- past, present and future -- are out to get him.

David Brooks of The New York Times was inspired to write a public letter to the author telling him how his book "is a great and searing contribution to ... public education" about the manifold sins of white folks. "It is a mind-altering account of the black male experience," he writes. "Every conscientious American should read it."

As blogs and social media explode with fury and rage at the thesis, much of the new radical white chic elite has taken the book as talisman, eager to cultivate perceptions of an angry African-American man as personal expiation. His book, which grew from an essay in The Atlantic magazine, is the perfect vehicle to soothe the troubled white liberal elite conscience without entertaining other voices, other views. "If racism is America's oldest sin," writes Carlos Lozada in The Washington Post, "reading Coates has become its newest absolution."

But Coates offers only a verbal laceration without the promise of redemption. The virtue of people on the wrong side of history is weightless against the white pathologies he exposes. He offers himself as a stern father for what New York magazine calls "liberal, wide-eyed, pining for moral authority -- and redemption." He gives them a lesson like his father once gave him.

He tells how, when he was six years old, he returned from getting lost at the park and finding his way home not to his father's joy and relief, but to his father's belt. "Either I can beat him," his father said, "or the police (can)." He believed, and says he still believes, "our bodies are our selves." He tells his son: "Here is what I would like for you to know. In America it is traditional to destroy the black body -- it is heritage."

To be black in northwest Baltimore where he grew up was to be "naked before the elements of the world, before all the guns, fists, knives, crack, rape and disease." The law was no protector, but the perpetrator. Violence begat violence; fear of violence begat rage and destroyed hope.

Seared in Coates' memory is his sixth-grade terror when a light-skinned boy of a black street gang pulled a gun from his ski jacket and pointed it directly at him at a 7-Eleven convenience store. He wants his son to find that handed-down experience more instructive than the mushy message of his moralizing liberal teachers.

Every February during Black History Month, when nonviolent heroes of civil rights campaigns are honored, Coates recalls that gun aimed at him. What good are nonviolent heroes against ghosts of Mississippi Klansmen who rounded up black bodies to be torched? The ghosts animate memory and present-day reality. What good are memories of heroes against that boy with a gun? Or against a cop?

He recognizes no personal responsibility, blaming only Americans. "I judged them against the country I knew, which had acquired the land through murder and tamed it under slavery, against the country whose armies fanned out across the world to extend its dominion."

He blames America for the death of an acquaintance who was killed by a black cop. "The killer was the direct expression of all his country's beliefs." It's not that the police are "fascist pigs," but they are controlled by "majoritarian pigs."

He holds nonviolence to be a sensibility for sissies; forgiveness belongs to the naive. His publishers rushed his book into print in July, a month earlier than scheduled, in the wake of the church massacre in Charleston, as if what he has to say will be fashionable only for a moment, and quickly forgotten.

His anger is as cold and simplistic as the violence he fears. He recalls watching the twin towers of 9/11 collapse into smoldering rubble. The firefighters, rescue workers and police who risked their lives to save both black and white "were not human to me," but "menaces of nature" who could "shatter my body." The racism explodes into narcissism, where Coates is the center of the universe. His parting words to his son are to struggle for himself, to let others paint their deathbeds white. This black man is not beautiful, but choking on bitterness and resentment. The liberal elite is eating it up. It's ineffably sad.