Heroes in the Age of the Selfie 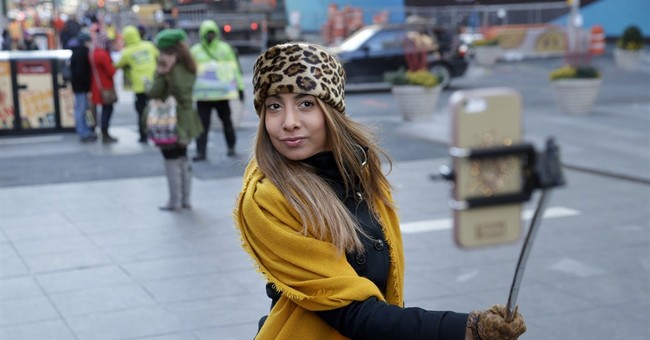 Trending
Heroes, real ones, are getting harder to find. One of the few remaining annual surprises in the typical State of the Union address is the president's introduction of his "mystery guest." Ronald Reagan introduced the first one in 1982, celebrating one Leonard Skutnik for an extraordinary act of courage.

Lenny Skutnik was among the spectators standing on the Virginia banks of the Potomac River, watching the attempts to rescue survivors of an airline crash onto Washington's 14th Street Bridge. The plane bounced into a frigid river choked with ice. Mr. Skutnik noticed a woman passenger too weak to hold onto a rope dropped from a helicopter. Like a hero from a movie, he stripped off his coat and boots, dived in and swam through 30 feet water and floating ice to reach her. He got her safely to shore, where medics took over. He had saved her life.

President Reagan, who knew a little something about Hollywood theatrics, put a note of warm human drama into the usual laundry list of boasts and proposals for Congress, and the nation cheered.

Since then presidents have followed the Gipper's lead to copy what White House speechwriters call "a Skutnik," a hero invited to sit next to the First Lady to listen to the president celebrate selfless bravery or to make a political point. The hero is usually a war veteran, the widow of a man killed by terrorists, a civil-rights activist. This year, President Obama invited a different kind of heroine.

The president and the first lady invited 21 guests this year, and the president singled out Rebekah Erler, a young mother of two in Minnesota, who, when her husband lost his construction job, had a particularly hard time recovering from the recession. They survived, testimony to grit and endurance. A heartwarming story, to be sure, but Mr. Obama aimed the spotlight on himself: "You are the reason I ran for this office," he told her and the part of the nation watching. "You're the people I was thinking of six years ago today, in the darkest months of the crisis, when I stood on the steps of this Capitol and promised we would rebuild our economy on a new foundation."

It turns out that Mrs. Erler was once a Democratic campaign aide, and got to have lunch with the president last summer when he singled out a group of such partisans for praise. The Minnesota Republican Party was predictably outraged, demanding of the president whether he was "so out of touch with reality that he thinks a former Democratic campaign staffer speaks for every Minnesotan." That was a bit of a cheap shot, but it's true that "the Skutnik" has lost its luster, diminished by political point making. Looking for something heroic beyond ourselves is ever more rare.

A Pew Research Center survey of the young finds their heroes twice as likely to be a family member, teacher, mentor or an entertainer than the young of previous generations. Heroes grow scarcer. The "me" generation has become the "look at me" generation, armed with ubiquitous cameras to snap the serial "selfies" to illustrate profiles uploaded to social media. Their frame of reference is narrow, like the president's.

The president lost an opportunity to inspire Americans to something higher than that. Heroes have become representative of groups, rather than the individual who does something heroic. It's a shift in the culture.

Controversy is swirling now about the movie "Selma," celebrating an iconic event of the civil-rights revolution, beginning with a march across the Edmund Pettus Bridge spanning the Alabama River. The movie distorts the relationship between Martin Luther King, an authentic American hero, and President Lyndon Johnson, an authentic hero of the struggle to enact the laws that transformed America in an era of momentous tumult.

The original script depicted a balance between the heroics of Martin Luther King and LBJ, but the director, Ava DuVernay, tells Rolling Stone magazine that she deliberately used her own facts. "I wasn't interested in making a 'white savior' movie," she says. "I was interested in making a movie centered on the people of Selma." Directors, like novelists, are entitled to poetic license, but this narrows history, too.

Individual heroism, with authentic courage, whether black or white, deserves its own recognition and appreciation. Clint Eastwood exemplifies this in his new movie, "American Sniper," now red-hot at the box office. He says his movie is more complex than most of its critics discern, because in its appeal to patriotism it does not give short shrift to the complex human questions about the price of glory, the costs of courage, the sacrifice, at the same time the public is disengaged from what it takes. Recognizing the authentic American hero is always difficult, but never more important than today.