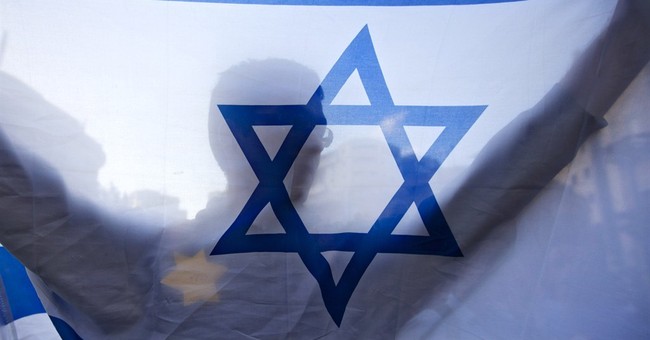 Trending
The front pages across the world tell an old and familiar story. Hatred of the Jews is back. The sons and daughters of Abraham enjoyed a brief respite from an ancient hatred, but it was only an intermission. The old story never ends.

Assimilation with everyone else was once the Jewish dream, but Hitler turned the dream into nightmare. Only having a homeland of their own would put an end to Jew-hatred, but old hates do not go gentle into that good night. Or a bad one, either.

The Jews who lost both synagogue and state over 2,000 years ago kept their religion even as many of them became more secular, nevertheless continue to draw hostile attention nearly everywhere. Humans, as scholars of the human condition observe, seem to require scapegoats when things go wrong, and Jews seem always to be the bleaters. For reasons political, economic, psychological, sociological or simply what's fashionably called the "other," Jews have drawn slings and arrows, and now rockets.

But if enemies seem never to change, friends do. Christians, whose forbears once scorned Jews as "Christ-killers," have become Israel's staunchest friends when Israel needs all the friends it can find. The world, as Madeleine Albright, the former secretary of state, observes, has truly become "a mess." Jews once accused of being rootless cosmopolitans are today called reactionary nationalists for defending their country against thousands of rockets roaring into their cities, chasing the wary into the uncertain security of underground shelters.

Israel, like every other of the nations of the world, is not perfect; criticism of Israel is not necessarily anti-Semitic, but even before the current war erupted between Israel and the Palestinians, the Jewish nation has been more often rebuked, criticized and condemned by the United Nations and other international organizations than all other nations together. In the streets of Europe in the 1930s, as Walter Lacquer observed in his trenchant analysis of "The Changing Face of Anti-Semitism," slogans sprayed on the walls of the cities exhorted Jews "to move on to Jerusalem." Six decades later they're told they must move out of Jerusalem.

The Turkish prime minister, Tayyip Erdogan, last week declared that Israel's defensive offensive against Hamas in Gaza "surpassed what Hitler did." Israel, for defending itself against an implacable foe for returning in kind the shot and shell fired from batteries embedded in schools and hospitals, is denounced as a "terror state." Israel is even blamed for the terror the Palestinians inflict on themselves; hundreds of the rockets that land in Gaza are misfires from Hamas.

Israel, like America after Pearl Harbor, refuses to play the victim. It promises that in its current campaign it must have time to eliminate the tunnels and rockets that threaten its very existence. When it "defangs" and "deprives" Hamas of its heavy weapons, it will make the world a safer place for everyone, and "everyone" includes the United States and its allies.

"Though bitter, the fighting between Israel and Hamas raging in Gaza's alleyways is merely part of the far vaster struggle between rational nations and the al-Qaida and Islamic State-like forces seeking their destruction," says Michael Oren, the former Israeli ambassador to the United States, writing in The Washington Post.

The protests, often violent, on the streets of the swelling Muslim neighborhoods of Europe, reprise the ugliness of an era we once thought the world had put behind it. Thousands of Palestinians and their allies march in France shouting, "Hitler was right," and "Death to the Jews." As alarm becomes fear, the Paris government issues bans against protests in large Muslim communities. Jews are leaving France once more, this time to Israel. Tens of thousands rallied against Israel in London, denouncing Israel a terrorist state, as if oblivious to the terror Hamas inflicts on its own.

The German interior minister warns of an increasing threat to Jewish "organizations and interests" as German Muslims join rallies resounding to chants of slogans threatening violence to the Jews in their midst. One man in a Jewish kippa was attacked on Unter den Linden, the famous boulevard in Berlin.

The current wave of anti-Semitism is linked to the conflict in Gaza, but the mindless hatred of the Jews and all things Jewish bubbles and squeaks in the crevices and dark places of society, like a volcano lying in wait to bury another generation of Jews. This time the Jews in Israel vow to fight back until the rockets are silenced and the tunnels are destroyed, eliminating what Israeli Prime Minister Benjamin Netanyahu calls the campaign of "destroying our citizens and killing our children." Israel answers with the familiar vow of "never again." Who among the decent and the civilized can fault free men for that?