Ohio State Stabbing and the Rise of Immigrant-Related Terrorism

Susan Stamper Brown
|
Posted: Dec 05, 2016 12:01 AM
Share   Tweet
The opinions expressed by columnists are their own and do not necessarily represent the views of Townhall.com. 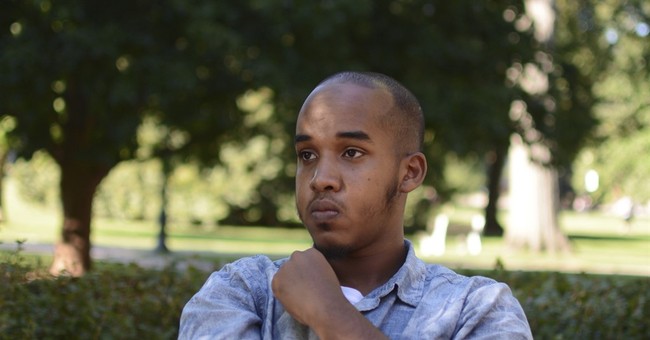 As President Obama once said, “Elections have consequences.” Consequences, indeed. Eight years of a weak Obama administration emboldened our enemy, inspiring the rise of terrorism domestically and abroad, making it risky for everyday Americans to do everyday things.

As I previously wrote, in a 12-hour span in September, Americans saw that it is not safe to shop in a mall in Minnesota, or run a 5k in New Jersey or walk in New York City without risk of terrorism.

Now, it’s not safe to attend college. All those “safe spaces” are worthless, given what happened November 28 when a Somali immigrant mowed down students with his car, then went on a stabbing spree until he was killed by a police officer.

The Columbus Dispatch reports that at his funeral while bidding her son, Abdul Razak Ali Ratan, goodbye, Ratan’s mother said, “I love you my son. I know they kill [sp] you for no reason.”

For no reason? Obviously, immigrating to America from a verifiable jihadist conflict zone does not an America-loving citizen make.

Even so, Obama doubles-down on his irresponsible policies, allowing immigration from places like Somalia, Syria and Afghanistan to carry on.  Maybe it’s time for Democrats who cheer-on this nonsense to be held accountable when terrorism strikes.

While details of the investigation are still fluid, the Heritage Foundation determined there is enough evidence to add this latest event to its list of Islamist terror attacks and plots, making the Ohio State University [OSU] attack the 93rd attack or plot since 9/11 and the 12th, I repeat 12th this year.

It’s been a banner year for immigrant-involved attacks, making it seem as if the bloody eye-for-an-eye culture of the Middle East has come home to roost on Main Street U.S.A.

On June 12, the son of Afghan immigrants, Omar Mateen, who reportedly pledged his allegiance to ISIS, implemented the deadliest terror attack since 9/11 when he killed 49 people and wounded 53 at a gay nightclub in Orlando.

After the September 17 bombings in New Jersey and New York in which 31 people were injured, Afghan immigrant Ahmad Khan Rahimi was indicted by a federal grand jury on eight criminal counts. Rather than journaling about how glad he was to be in America, officials said the blood-stained journal found on Rahimi referenced his heroes like deceased al-Qaeda leader Anwar al-Awlaki and Osama bin Laden.

The Columbus Dispatch reports that in 2011, Ahmed Hussein Mahamud was arrested by the FBI for allegedly providing money and assistance to al-Shabab. In 2015, a federal grand jury indicted Abdirahman Sheik Mohamud for planning and attempting to recruit others “to carry out an act of terrorism in the United States.” Additionally, his half-brother and former Columbus resident, Abdifatah Aden, was killed in 2014 engaging in violent jihad in Syria.

According to WBNS-10TV in Columbus, four Ohio immigrants were also indicted in 2015.  The two sets of brothers, Asif Ahmed Salim and Sultane Roome Salim and Ibrahim Zubair Mohammad and Yahya Farooq Mohammad “were charged with conspiring to travel to Yemen to provide thousands of dollars” to “support violent jihad against U.S. military personnel.”

The story of an Afghani or Somali or Syrian immigrant is like any other immigrant success story, until it isn’t. As House Homeland Security Committee chairman Michael McCaul said last year, officials have “direct evidence and intelligence” that ISIS terrorists plan to exploit refugee programs to enter the United States. And many here legally, like the Ohio State stabber’s mom, ignore the American ideal of assimilation when they cross the border.

Sorry Liberals, not every refugee story belongs on the Hallmark channel.