Recount All You Want but Mob Rule Will Not Prevail

Susan Stamper Brown
|
Posted: Nov 28, 2016 12:01 AM
Share   Tweet
The opinions expressed by columnists are their own and do not necessarily represent the views of Townhall.com. 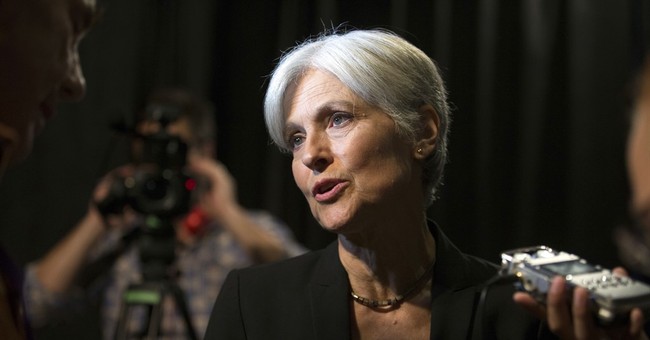 That the United States is not a direct democracy where decisions are decided by popular vote is a dilemma for Democrats unhinged over Donald Trump’s Electoral College win who are now calling for a recount in some states.

Besides their recount temper tantrum, Republican Electoral College members across the U.S. report harassment and threats from disgruntled Clinton supporters in a last-ditch effort to put their candidate who should be in the big house in the White House.

The Detroit News reports Michigan electors received “intimidating emails or messages” demanding members vote for Clinton and ditch Trump. The report says one young Michigan elector, Mike Banerian, received a message “containing a death wish” and another, “a death threat” in which someone threatened they’d “put a bullet” in his mouth. Banerian said he’s been called “a hateful bigot” and said, “people talk about shoving a gun in my mouth and blowing my brains out” -- if he abides by Michigan law requiring electors to vote for Trump.

Democrat leadership would be wise to detach itself from these whack jobs because the party will continue to implode unless they eradicate the despotic progressivism which currently rules within the ranks.

These despotic dimwits don’t give a whit that America’s founders created the Electoral College to prevent the kind of mob rule democracy that Alexis de Tocqueville once called “the tyranny of the majority” – which will happen if a few big cities and states always control the outcome.

Given all the talk about ditching the Electoral College, fair representation is the last thing on the minds of those who didn’t mind it at all when polls predicted a Hillary electoral landslide. Truth is, if they really cared about fairness, they’d ditch the Super Delegates system which was rigged for Hillary when it robbed Bernie Sanders early on.

Protest, petition and recount all they wish, but eliminating the Electoral College won’t happen. There isn’t a rural state out there foolish enough to relinquish the power the nation’s founders gave it. Besides, it would take nothing short of a miracle for the Senate and states to ratify.

It’s important to remember that the popular vote count is often rendered impotent by the Electoral College. Candidates’ campaign strategies are based on getting to 270, not a simple majority of voters. If Clinton cared about the popular vote, she wouldn’t have ignored her so-called “blue wall” states that Trump smashed through.

Oh, and about that popular vote count to which Democrats currently cling.

In 2012, research commissioned by the Pew Center on the States found: “Approximately 24 million—one of every eight—voter registrations in the United States are no longer valid or are significantly inaccurate; More than 1.8 million deceased individuals are listed as voters; Approximately 2.75 million people have registrations in more than one state.”

It’s entirely possible that Clinton’s popular vote lead in sanctuary city states would be nullified based on non-citizen participation and voter fraud, given the study found that non-citizen votes alone ranged between 38,000 to 2.8 million in 2008.

That’s why we need the Electoral College, which serves to prevent voting fraud in certain areas from tainting a whole election. Without it, we’d see liberty’s demise and mob rule rise. If Democrats really want a different form of government, many Americans like myself are more than willing to subsidize their one-way airfare.

As Biden Goes Off-Script, White House Tech Team Cuts the Mic and Blasts Music
Katie Pavlich
Here's the Other Snippet Buried in That CBS Interview with Fauci That Exposes Him as a Partisan Clown
Matt Vespa
Twitter's New Rule on Posting Images and Videos Is Exactly What Rioters Want