Susan Stamper Brown
|
Posted: Feb 09, 2016 12:01 AM
Share   Tweet
The opinions expressed by columnists are their own and do not necessarily represent the views of Townhall.com. 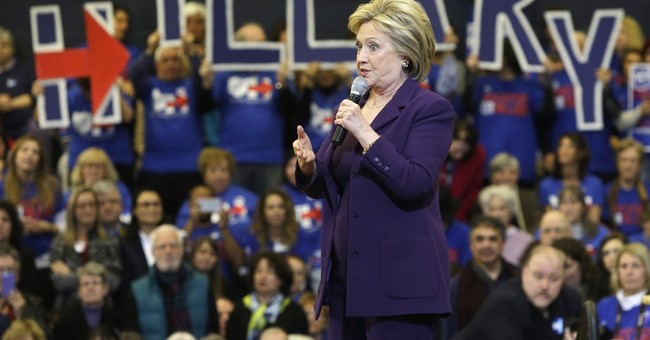 The Democrat Party presidential debates have been so snooze-worthy, it's enough to make you wonder if maybe the Democrat National Committee should schedule future debates sometime between Bernie Sanders' and Hillary Clinton's afternoon naps and the senior citizen early bird hour over at Golden Corral.

At the very least, these Democrat candidates should chug some Geritol before taking the stage, which might inspire some positive policy proposals as opposed to all the misery they seem to find hiding under every rock across the country. In contrast, the message of real hope and change is coming from the other side of the political aisle. Strange thing is, Hillary and Bernie keep talking about how much America needs change. Don't they recall who has had the White House for almost eight years? I know, the memory is one of the first things to go.

Seasoned wisdom is supposed to come with age, but listen to any Democrat debate or speech these days, and rather than hearing hope, all you hear about is a world viewed through a prism of doom - selectively seeing things like victimization, despair, oppression, injustice and discrimination. Dwelling on negativity is unhealthy, and it represents a world view that is repulsive to those of us who refuse to be seen as weak, victimized, disenfranchised or controlled. And that, my friends, is a big reason why I cannot in good conscience align myself with liberalism.

The Bible says that without vision, without true hope, "people perish." No wonder Bernie and Hillary mope around like someone stole their three-wheel bicycles. I'd be mopey too if I actually believed we're all doomed unless the Democrat party steps in to save the world.

Here's truth: There is only one savior, and his name is not the Federal Government. Sorry, liberals, no matter how big you grow it, your government god cannot perform miracles, nor does it walk on water.

The positive messages and hearty debates (save a boor or two) on the Republican side provide inspiration and serve to remind voters the country is not as terrible as the Democrats would have us believe. Some of us actually believe there's such a thing as the American Dream and we know it's still attainable, just as long as the government gives people space to make it happen. Believing that doesn't make you "anti-government," just anti-big government.

As I've said before, those who believe they are forever a victim tend to assume zero responsibility for their situation and believe they have no control over the rising waters of their circumstances -- so they sit on the rooftop of their despair waiting for their government savior to come to the rescue. But it never does. Liberals believe that any malady known to man has absolutely nothing to do with poor choices, bad judgment or weak character - so they blame intangibles like capitalism, global warming, white privilege, "vast right wing conspiracies" and homemade videos. Oh, and guns and Christians and Bush. Definitely Bush.

Consider their accomplishments: Banning school prayer, legalizing abortion, secularizing society, replacing God with government and substituting reason for religion. And what do we get for this? We get a broken educational system, destruction of the nuclear family and self-serving people with no moral compass. And we also get two aged and tired politicians pushing a worn-out message.

With that kind of mindset, it's no wonder it's hard to find a truly happy liberal these days.