Suggestions For Liberals in 2016

Susan Stamper Brown
|
Posted: Jan 05, 2016 12:01 AM
Share   Tweet
The opinions expressed by columnists are their own and do not necessarily represent the views of Townhall.com. 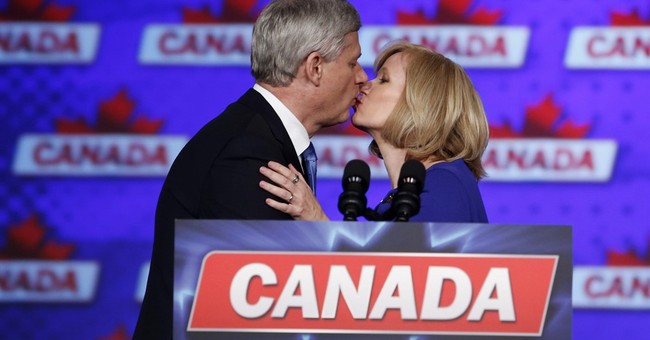 Because I once voted liberal, at the beginning of each new year I take it as my personal responsibility to pose a few suggestions to my liberal friends out there who are still living on the dark side. So, without further ado, I present to you my third annual "Suggestions for Liberals" column.

Quit Deflating the American Dream. Encouraging your kids to dream big is not a sin, but creating an environment that prevents big dreams from blossoming is nearly unpardonable. The economy your policies fostered has downgraded young Americans' definition of the American Dream to what we see on HGTV's "Tiny Houses," which really should be called "Sheds on Wheels" or "Overpriced Campers."

The most recent U.S. Census uncovered the future for Millennials is bleak. Millennials make less, work less and are more likely to live in poverty than their parents did when they were the same age. No wonder a recent Harvard University Institute of Politics poll asking 18-to-29-year-olds if the American Dream was alive or dead found half of this age group thought the dream is dead. Kids deserve better than the Sheds-on-Wheels economy you've created.

Stop settling for substandard national security.  Refuse to accept what your party defines as the "New Normal" regarding national security. During a hearing after the December 2, 2015 San Bernardino terrorist attack, Rep. Elijah Cummings (D-Md.) said Americans "just have to accept" that domestic terrorism is "a new normal." No it isn't. The only way this will remain the new normal is if Americans give in to this shameful surrender. Our kids deserve to grow up in a world where terrorist attacks on American soil are not considered "normal."
CARTOONS | AF Branco
View Cartoon

Touch a gun. Despite the old wives' tales to which you cling, guns do not kill, nor do they bite. They might kick back a little though, so it makes good sense to learn how to handle one. Guns protect potential victims. That is why gun-free zones are known as magnets for mass killers.

As I've written before, gun-free zones are really helpless victims' zones. Up here in the Arctic, guns protect us from dangerous four-legged predators and sometimes two-legged ones. Guns also put food on the table. An expert marksman in our home helped stock our freezer with healthy, lean caribou meat this year.

Raise the bar. Hillary and Bernie, seriously? If you raised your standards and expected more from your politicians, you wouldn't have candidates so low-caliber you are forced to schedule presidential debates on weekends or during big sporting events to keep viewership low. Frankly, I'm surprised you didn't schedule a debate on Super Bowl Sunday. If you raised the standard, you might even get a candidate who is not ashamed to reveal his college transcripts.

Seek truth. It'll set you free, right after it exasperates you. Truth is not open to personal interpretation. You can disagree with it, be disgruntled over it and downright dislike it, but the fact remains that truth is still truth.

So why not embrace it and expand your horizon to include daily Bible reading? While you're at it, increase your news source intake to include alternate points of view beyond a daily diet of MSNBC, The Onion and Comedy Central - if for no other reason than to gain intelligence and a wider perspective. Make it a goal to read and comprehensively understand the U.S. Constitution.

Back in 2011, the first order of business for Republicans was to read the Constitution. (Obviously, many wore earplugs.) Weirdly, some liberals like Jerrold Nadler (D-New York) actually complained that reading aloud the document Americans have revered as the law of the land for more than 200 years was "propaganda" and "total nonsense." You might as well read it to understand what all the fuss is about.