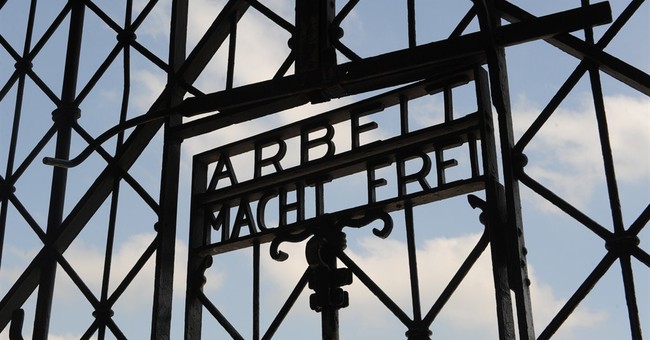 Like car parts chunked and sold in a junk yard, unborn baby parts have value too. A just-released video by the Center for Medical Progress shows yet another Planned Parenthood top official, Dr. Mary Gatter, negotiating fetus tissue prices and describing using "less crunchy" abortion methods over drinks – because she wants to buy a Lamborghini.

This video comes on the heels of another undercover video last week where a different top official, Planned Parenthood's senior director of medical services Deborah Nucatola, shared, between wine sips and salad nibbles, and with a chillingly Hannibal Lecter-like tone, "We've been very good at getting heart, lung, liver, because we know that, so I'm not gonna [sic] crush that part, I'm gonna basically crush below, I'm gonna crush above, and I'm gonna see if I can get it all intact."

The same kind of sick I've previously written about describing the cold and snowy day in January when I toured the Dachau Concentration Camp in Germany. Charcoal colored skies paired with a ground blanketed in freshly fallen snow offered a monochromatic glimpse of what everyday life must have been like for the tortured occupants of that hellish prison camp and others like it throughout Nazi-controlled Eastern Europe during World War II and the Holocaust, where large numbers of prisoners were subjected to "medical research" experiments, among other horrors.

By the end of the tour, I concluded that even if I'd visited on a sunny day in June, it still would've felt like a cold day in January in my soul. Afterward, I met friends for lunch at an oddly placed burger joint just a stone's throw away from Dachau. I had a hard time eating my burger and fries. It felt wrong....sacrilegious even. Looking around the cafe at all the people scarfing down their food, seemingly unaware that Dachau was in full view, reminded me of the story our tour guide told about those who lived nearby during the Holocaust, going about their daily lives, later claiming they were unaware of the atrocities happening practically in their backyards.

Abortion's legal, so many are tempted to look the other way, merrily going about the living of their daily lives, forgetting to remember that what is legal is not always ethical, right or good. The "nothing to see here" mentality is due to a culture filled with conscience-seared people who devalue human life to the point that the whimpers of slaughtered babies on Dr. Kermit Gosnell's abortion tables in Philadelphia or barbarian-like admissions by Planned Parenthood officials are muffled out by the battle-cries of "war on women" warriors selfishly demanding "choice" in the name of convenience. Or Lamborghinis.

Selective ignorance does not exempt us from responsibility any more today than it did during the Holocaust. The Nazis justified their barbaric behavior because they saw their victims as less than human and justified it as "medical research." That's how Planned Parenthood officials can brazenly discuss "crushing" preborn babies over lunch – or utilizing "less crunchy" methods over drinks, and organizations like StemExpress advertise human fetal livers for up to $24,250 on their (currently shutdown) website.

Nothing will ever change unless folks stop playing word games to justify personal agendas. Here's truth: Fetuses are pre-born children, just like pro-choice is another word for "no-choice" – for the innocent ones with no voice, created in the image of the God who values human life so much he sent his only son to die for even the most seemingly-inhuman among us.

GOP lawmakers in Washington called for hearings on the partially-taxpayer funded Planned Parenthood's abortion practices. House Speaker John Boehner said, "When anyone diminishes an unborn child, we are all hurt...and with the cavalier attitude portrayed in this horrific video - we must all act." Act they must. Defund it? Nah. Congress needs to crush and sell its parts. I'll bet they'll find no heart.