Why Felons Should Be Allowed to Vote

Steve Chapman
|
Posted: Apr 28, 2016 12:01 AM
Share   Tweet
The opinions expressed by columnists are their own and do not necessarily represent the views of Townhall.com. 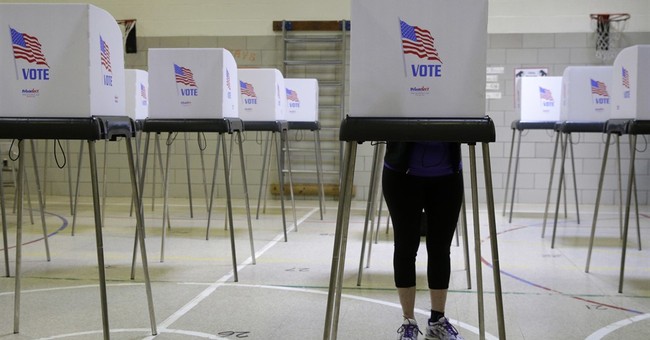 Last week, Virginia Gov. Terry McAuliffe signed an order restoring voting rights to convicted felons once they are no longer in prison, on parole or on probation. Previously, they were barred from voting for life.

He made his decision out to be one of simple humanity. "I want you back in society," he said of ex-convicts. "I want you voting, getting a job, paying taxes."

How would changing the rules on voting help Clinton and other Democrats? The thinking is that ex-convicts, who are disproportionately black and poor, would vote much like other low-income African-Americans.

As Ted Cruz has put it, "the overwhelming majority of violent criminals are Democrats" (a claim PolitiFact rated "mostly false"). So adding them to the rolls would penalize Republicans.

McAuliffe is shocked at the idea that he would consciously strive to increase the number of Democratic votes. "Honestly, I haven't thought about it," he said.

This profession of ignorance came from a man who served as chairman of the Democratic National Committee. His partisan devotion is so intense that he once wrestled an alligator in exchange for a $15,000 donation to Jimmy Carter's presidential campaign. If McAuliffe didn't think about the electoral effects of his decision, it's for the same reason he doesn't think about gravity.

Those effects, however, are smaller than the GOP fears. Plenty of states that let former prison inmates vote are solidly Republican -- including Alaska, Georgia, Kansas, Oklahoma, Texas and Utah. Felons may make as little difference in Virginia as they do in those places.

The number is not that big anyway. McAuliffe's order affected 200,000 people in a state where 3.9 million people voted in the 2012 presidential election. If these felons all voted, they'd increase the total number of votes cast by just 5 percent.

Even that figure greatly overstates their impact, because most will never go near a polling place. Oddly enough, many convicted felons do not feel a solemn duty to exercise the franchise. In places where they are allowed to vote, turnout rates are even lower than in the public at large.

Republicans are right that McAuliffe's order suits his political interests. But his possibly cynical motives shouldn't be the end of the discussion. The Ku Klux Klan values the First Amendment, but that doesn't make free expression a bad thing.

The test in a case like this is to ask what policy would be wise if there were no partisan consequences. By that yardstick, restoring the voting rights of criminals once they've paid their debt to society makes far more sense than excluding them for life.

As McAuliffe noted, Virginia's ban had unsavory purposes. It was adopted in 1902 along with poll taxes and literacy tests in a determined effort to preserve white supremacy. Back then, a state senator noted approvingly that the restrictions would "eliminate the darky as a political factor" in the state. The racial impact of such bans is still lopsided.

Even more important is that they provide nothing of value. If the prospect of incarceration doesn't deter criminals, losing the right to vote certainly doesn't. We don't permanently strip criminals of freedom of speech or religion, the right not to be subjected to unreasonable searches or the right against self-incrimination. Why deprive them of the vote?

The obvious exception is the Second Amendment right to own a gun, which felons lose. But firearms, unlike ballots, can be highly useful in criminal activities.

The chief result of disenfranchising former inmates is to discourage them from changing their ways and fully integrating into society. The people likely to be obstructed from voting are not the incorrigible criminals but the reformed ones. They get jobs, pay taxes and keep their noses clean -- the sort of behavior that Republicans, as well as Democrats, should want to encourage.

There are lots of bad things criminals can do once they're released back into society. Voting isn't one of them.