Why Would Cruz Insult New Yorkers?

Steve Chapman
|
Posted: Jan 24, 2016 12:01 AM
Share   Tweet
The opinions expressed by columnists are their own and do not necessarily represent the views of Townhall.com. 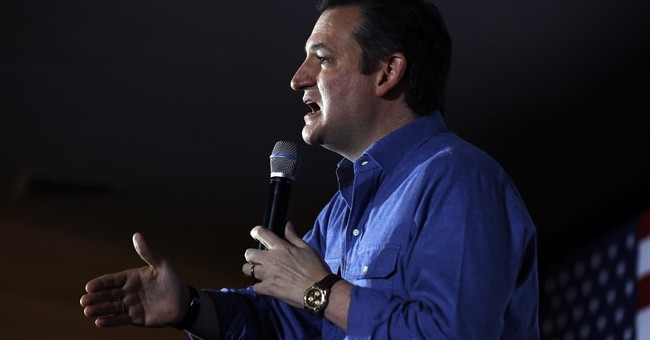 Trending
When it comes to votes, the state of New York is a gold mine. In the 2012 presidential election, more than 11 million New Yorkers were registered. By itself, New York accounted for half of Barack Obama's margin of victory in the popular vote over Mitt Romney.

You might think Republicans who want to win the White House this year would be trying to improve that performance by appealing to residents of the Empire State. But Ted Cruz is doing the opposite: He sneered that Donald Trump would be bad for America because he "embodies New York values." If Cruz gets the nomination, the state's residents, from Easthampton to Buffalo, won't forget the insult.

But you know what? Cruz doesn't care. He has no reason to care. That's because of a curious artifact known as the Electoral College. The fact that a major candidate is happy to write off so many Americans is just one more piece of evidence that this system is a bad way to elect a president -- and that both parties ought to make it a priority to abolish it.

Under the Electoral College, we don't have a national election for president. We have 50 state elections, and nearly every one of them is winner-take-all. New York hasn't voted for a Republican for president since 1984 -- and even if Queens native Donald Trump heads the ticket, it won't do so this year.

That means all 29 electoral votes will go to the Democrats. It makes no difference if the GOP nominee gets nearly 2.5 million votes in New York, as Romney did, or zero: The electoral college effect is the same.

Democrats have been ready to scrap this undemocratic system at least since 2000, when Al Gore outpolled George W. Bush but lost the election. The surprise is that Republicans have yet to come around. They don't seem to have noticed that the Electoral College now provides an advantage to the other party.

Eighteen states and the District of Columbia have voted Democratic in each of the past six presidential elections. They command 242 electoral votes -- just 28 short of the 270 needed to win.

Republicans have states that are just as loyal, but they number only 13, with just 102 electoral votes. To win, the GOP has to carry almost all of the battleground states.

Partisan effects aside, there are plenty of reasons to retire this jerry-rigged antique. One is that this year's nominees will ignore vast hordes of voters in California, Texas, Illinois and other populous states where the outcome is not in doubt.

Almost all of their campaign efforts will be made in a handful of decent-sized states, like Ohio, Florida, Virginia and Colorado, that could go either way. If you're in Boston, Nashville or Phoenix, you have as much chance of seeing a presidential candidate in person as you have of shooting pool with the Dalai Lama.

Defenders of the Electoral College portray it as ingeniously designed to balance the multiplicity of interests in a large federal republic. In fact, it does nothing to strengthen federalism, since it confers no power on state governments. It doesn't protect small states, which get ignored.

The framers, surprising as it may be, were fallible humans groping in the dark, a long time ago. Stanford historian Jack Rakove, author of a Pulitzer Prize-winning account of the Constitutional Convention, has said they "really had no good idea how the system would work."

We do: Not that well. We tolerate this mechanism only because it almost always yields the same result as the popular vote. If it often did the opposite, it would be scrapped. But why run the risk every four years?

If the formula behind the Electoral College were so inspired, we'd apply it elsewhere. But in other elections, from the U.S. Senate to county coroner, we take it for granted that whoever gets the most votes from individual citizens wins.

Getting rid of it would strengthen democracy and eliminate a perverse anomaly identified by one victim. "You win some, you lose some," Al Gore said. "And then there's that little-known third category."

Oh, So That's Why Chris Cuomo Was Able to Hang Around For So Long at CNN
Matt Vespa
China Threatens 'Firm Countermeasures' as White House Announces Diplomatic Boycott of Beijing Olympics
Spencer Brown