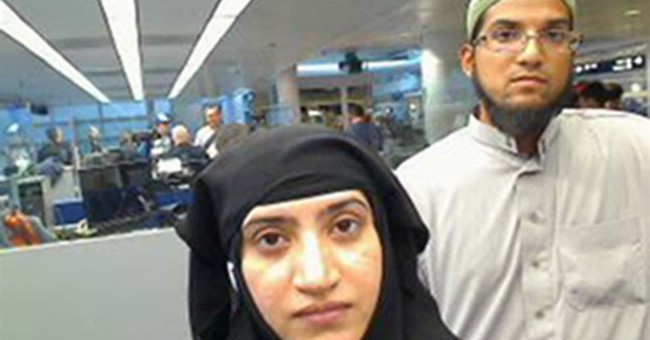 What if the Los Angeles public schools get another email promising a terrorist attack on Monday?

And Tuesday? And Wednesday? If you close the schools the first time, what do you do the next time?

If I were a lazy terrorist with no guns, bombs or desire for martyrdom, I'd be keeping up a steady stream of bloodcurdling forecasts to the school authorities in Los Angeles -- and every other major city in America.

Well, maybe not New York. The people in charge there, after getting the same threat, read it, deleted it and proceeded with the business of educating kids.

Los Angeles, however, decided to take no chances, forcing 640,000 kids to stay home. It was an understandable choice. "I was not going to let something happen on my watch," said Superintendent Ramon Cortines the next day. "My priority yesterday was our children, our staff and our property."

New York City police commissioner William Bratton took a different view. "I think it was a significant overreaction," he said, and Mayor Bill de Blasio dismissed the email as "outlandish." They were willing to act on their best judgment and put their careers on the line rather than surrender to efforts to create mass panic and disruption.

Parents generally seem to have supported the Los Angeles closure despite the inconvenience. One father also told The New York Times that henceforth, he will drive his 10-year-old daughter to school. "The bus, it's a soft target," he said. "There's no safety on the bus."

True. But there's no safety in his car, either. A couple of fanatics who could attack a school bus with bombs and guns could do the same with other vehicles pulling up to drop off kids. They could do the same thing on the playground, in the cafeteria or in classrooms.

About 99 percent of the world is soft targets. Very few places are beyond the reach of those plotting bloody mayhem. Short of stationing the National Guard on every campus, schools are vulnerable, just like shopping malls, supermarkets, restaurants and soccer fields.

But nearly every place also happens to be amazingly safe. Since 9/11, the think tank New America reports, 45 people have died in jihadi attacks on U.S. soil -- about as many as were killed by dogs last year alone. The ladder in your garage is more to be feared than the Islamic State.

In their new book, "Chasing Ghosts: The Policing of Terrorism," scholars John Mueller and Mark Stewart calculate the average American's chance of dying at the hands of terrorists in a given year at 1 in 4 million. Your chance of dying in a car wreck is more than 100 times greater. That guy driving his daughter to school is ignoring the bigger hazard.

Since 9/11, we have spent more than $1 trillion on domestic homeland security, note Mueller and Stewart, but the share of people who expect "another terrorist attack causing large numbers of Americans to be lost" has remained around 70 percent since 9/11.        This sum doesn't count all the money we've spent in Iraq acting on George W. Bush's theory: "We will fight them over there so we do not have to face them in the United States of America." The Islamic State didn't take that offer. The Iraq War spawned new enemies, so in reality maybe we are justified in feeling no safer now than 14 years ago. Even so, the danger is much less than commonly assumed.

Critics lament the obsession with terrorism in Tuesday's Republican debate. But politicians wouldn't pander to popular distress if it weren't already there. Gnawing anxiety has become part of our collective psyche. Any new act of terrorism confirms our worries and makes us yearn for invulnerability.        But succumbing to fear is exactly what our enemies want us to do. The Islamic State legions have only faint hopes of carrying out attacks on American children. But if malefactors can shut schools down by merely sending messages, they don't need to. They can impose a heavy burden on us at little expense or risk to themselves.

Officials in Los Angeles may have figured out by now that they can't be so quick to keep students at home. Otherwise, there will be no end to the threats. Authorities elsewhere have already taken heed. San Francisco schools opened

Thursday despite a threat received Wednesday evening.        When two Dallas schools got an ominous email, Mayor Mike Rawlings said, "Someone is trying to scare Dallas. And that's not going to work." Somewhere a terrorist wannabe was disappointed. The children of Dallas were fine.
Bipartisan Letter from Congress Demands Answers from Fauci on Why Taxpayers Funded Experiments on Puppies
Rebecca Downs
McAuliffe Can't Draw Crowd in Blue Arlington, and Other Cringe Details in the Final Days of Virginia Race
Rebecca Downs
Sen. Hawley Calls on AG Garland to Resign Over Memo Targeting Parents at School Board Meetings
Landon Mion
Yet Another Afghan Refugee Has Been Charged with Rape
Rebecca Downs
Fox News' Chris Wallace: Jen Psaki is 'One of the Best Press Secretaries Ever'
Landon Mion
Twitter Censors Official Account of Rep. Jim Banks for Tweet About Rachel Levine
Rebecca Downs