Religious Extremism and the Road to Civilization 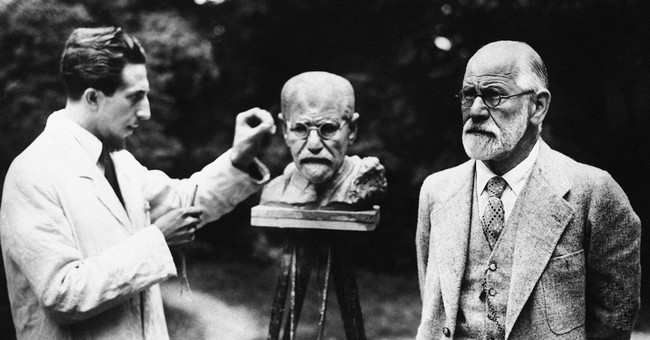 Some modern-day people have yet to reach the stage achieved by some of our ancient forebears. Muslims who treat offensive depictions of the prophet Muhammad as grounds for execution are the most conspicuous examples of that tragic failure to evolve.

In the 21st century, it is a true shock to be reminded that anyone could regard a cartoon as a legitimate cause to slaughter human beings. All of us have been confronted with pronouncements and images we find despicable or unspeakable. But we have overcome the childish impulse to use violence to punish or silence the offender.

We in Western societies almost always defer to the wisdom of Supreme Court Justice Oliver Wendell Holmes Jr., who said the basis of the First Amendment is "not free thought for those who agree with us but freedom for the thought that we hate."

That sentiment is so familiar to American ears that it's easy to forget how truly revolutionary it is, and how recently it became generally accepted. It was just half a century ago that Americans were beaten and murdered in some places for doing nothing more than publicly advocating black equality.

It was only a century ago that hundreds of people were prosecuted for opposing U.S participation in World War I. Socialist leader Eugene Debs was sentenced to 10 years in prison for telling an audience, "You need to know that you are fit for something better than slavery and cannon fodder." Someone was executed in Spain for religious heresy at the behest of the Roman Catholic Church in 1826.

In having adherents who believe they have a duty to stamp out intolerable ideas by any means necessary, Islam is no different from many religions as they have been practiced at some point in history -- or from many political movements the world has seen. It is unusual only because it still has a significant number of such followers today, acting on their convictions.

They are a tiny minority of the world's Muslims, though. A 2013 Pew Research survey found, "Half or more of Muslims in most countries surveyed say that suicide bombing and other acts of violence that target civilians can never be justified in the name of Islam" -- with support for such tactics declining in recent years. The number actually committing such crimes is a tiny share of the world's 1.6 billion Muslims.

Any support for terrorism is too much, and atrocities like the attack on Charlie Hebdo in Paris implicate some interpretations of Islam. But we should avoid the smug assumption that we are blameless or that religion plays no role in our errors.

White American Christians are especially inclined to favor the use of torture against suspected terrorists. Does that mean there is something inherently savage in the teachings of Jesus? Does it mean Christianity is incapable of embracing peace and tolerance?

The process of civilizing humanity is a long, slow ordeal that includes occasional reversals, and we are further along than many Muslim societies. Westerners are hardly perfect, but we can take immense pride in making the sanctity of individual conscience a centerpiece of our lives. The war against Islamist extremism is a war between the ideals of free thought and the urge to enforce uniform beliefs at the point of a gun.

What most Westerners long ago realized is something Muslim extremists have not: In the battle of ideas, reason is the only weapon. For any cause to resort to murder and persecution against those who disagree is an admission of failure.

A system of beliefs that cannot rely on persuasion to win over doubters is a weak and defective one. As the English Puritan poet John Milton said of truth, "Let her and Falsehood grapple; who ever knew Truth put to the worse in a free and open encounter?"

He wrote that in 1644, a long time before most Christians or most English came to truly practice what he preached. The modern groups that have yet to arrive at that wisdom will probably get there eventually. It can't happen soon enough.