Obama Likes Secrets, Including Yours 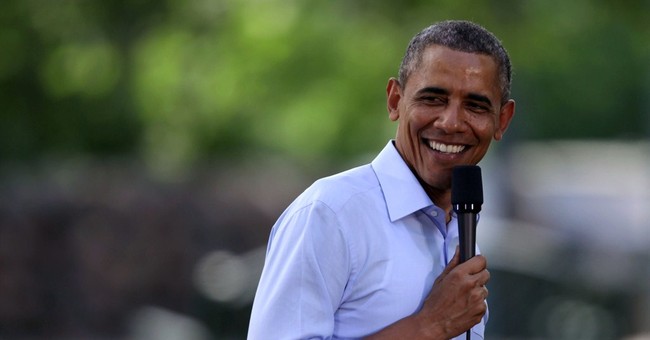 Trending
The surprising thing about the Supreme Court's decision on police searches of cellphones was its unanimity. Aligned on the same side of a major law enforcement issue were liberal and conservative justices who normally fight like cats and dogs. All agreed that it's intolerable to let cops ransack the voluminous contents of mobile phones.

Who could disagree? Well, cops, of course. And the Obama administration.

Barack Obama led Americans to believe that he would be far more sensitive to privacy and civil liberties than George W. Bush. But more often than not, he reflexively indulges the demands of law enforcement agencies -- and, for that matter, all agencies. In clashes between government and the individual, the president almost invariably sides with the former.

In this case, the Justice Department took the view that a cellphone is just another object a person may carry, no different from a roll of mints. It was a view that drew scorn from Chief Justice John Roberts, who wrote, "That is like saying a ride on horseback is materially indistinguishable from a flight to the moon."

The government's resounding defeat brings to mind one Roberts experience when he was still arguing before the court as a lawyer. After losing a case, his client asked why the vote was 9-0. "Well," answered Roberts, "because there are only nine justices."

The rebuke ought to give the Justice Department pause. "When you can't get Samuel Alito to vote with you on a police case, you've lost all sense of proportion," George Washington University law professor Jonathan Turley told me.

It may be standard procedure for the department to side with cops when their practices are challenged. But it's not always wise -- and besides, when did candidate Obama ever promise to dutifully uphold the status quo, right or wrong?

The administration took a similarly cramped attitude in another case where the cops wanted free rein to investigate your habits. It argued that police should be free to attach GPS monitoring devices to cars without a warrant, because that doesn't constitute a search.

During oral arguments, Roberts asked whether Supreme Court justices would be covered by that policy: "You think there would also not be a search if you put a GPS device on all our cars, monitored our movements for a month? You think you're entitled to do that under your theory?" Deputy Solicitor General Michael Dreeben affirmed the point.

As a candidate, Obama vowed to "strengthen privacy protections for the digital age" and "hold government and business accountable for violations of personal privacy." It came as a shock to learn that throughout his time in office, the National Security Agency has been collecting vast amounts of data about people who have done nothing wrong.

After Edward Snowden leaked documents revealing the program, Obama announced some reforms. But those never would have happened had he succeeded in keeping it secret from the American people.

Informing them seems to be the last thing Obama wants to do. His Justice Department has shown a special zeal for investigating and prosecuting government employees who leak secrets to the news media. In one probe, it even went after the phone records of more than 100 Associated Press reporters and editors. Reporters Without Borders ranks the United States 46th in the world in press freedom -- compared to 36th in 2008, under Bush.

First Amendment lawyer James Goodale, who defended The New York Times when Richard Nixon tried to stop it from publishing the Pentagon Papers and served as chairman of the Committee to Protect Journalists, wrote last year that Obama "is fast becoming the worst national security press president ever."

Secrecy comes naturally to this administration. Obama's claim to have run _"the most transparent administration in history" deserves a place in the Smithsonian Institution next to Bush's "Mission Accomplished" banner. The Associated Press recently reported that this administration denies Freedom of Information Act requests for alleged national security reasons twice as often as its predecessor.

The Justice Department spent years rejecting demands that it disclose its legal rationale for vaporizing a U.S. citizen in Yemen with a drone strike. It lost that fight in court too. But Americans had to wait four years to find out how to stay off the kill list.