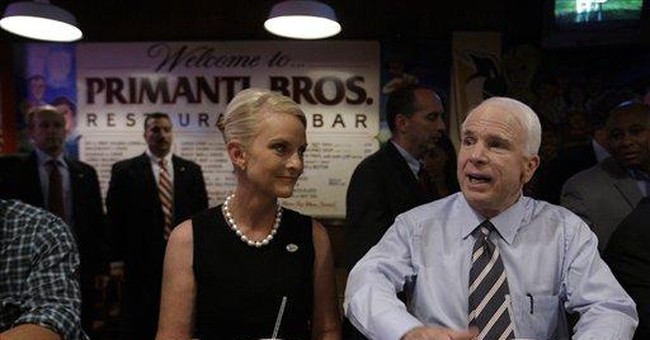 Federal budget policy is a dry subject with far too many numbers and charts, which makes it uninviting to most Americans. But the theme of the current budget story is one that could have come from a blockbuster summer movie: We are doomed. There is a fiscal asteroid on course to pulverize us, and no one is coming to the rescue.

The problem is simple and depressingly familiar. This year, federal spending will exceed federal revenue by more than $400 billion. Given the weak state of the economy, the deficit will get worse before it gets better.

Actually, it may never get better, because the current shortfall coincides with the start of the most dreaded fiscal event of all time: the retirement of the baby boomers, who will soon consume eye-popping amounts in Social Security and Medicare.

If that's not bad enough, Bruce Willis is not on hand to intercept the doomsday object before it arrives. Worse yet, neither Barack Obama nor John McCain wants the job.

For someone with a reputation as a fearless foe of congressional earmarks and pork-barrel waste, McCain is amazingly timid in taking on the rest of the budget. About his only specific proposal is a one-year freeze in those discretionary programs that don't involve defense or veterans.

McCain doesn't say how much that would save, but it wouldn't be a lot. Those expenditures amount to only 17 percent of all federal outlays. Eighty-three percent of the budget would keep on growing. After a year, so would the other 17 percent.

Just because voters will go along with a vague limit on total outlays doesn't mean they are willing to surrender funds going to them or their favorite causes. It's one thing to inform a toddler that he shouldn't eat too much candy. It's another to take the Tootsie Roll Pop out of his hand.

The Republican standard-bearer, however, acts as though the task will be easy. Among the methods offered in this plan: "Eliminate broken programs. The federal government itself admits that one in five programs do not perform." How about naming one? How about promising to pound a stake through its heart?

When it comes to spending, though, Obama is even worse. The National Taxpayers Union Foundation added up all the promises made by the two candidates and found that McCain's would cost taxpayers an extra $68 billion a year. Obama's add up to $344 billion a year.

The Illinois senator's pledge to get tough on unnecessary expenditures is as solid as cotton candy. Among his vows is to "slash earmarks to no greater than what they were in 2001," but earmarks make up less than 2 percent of the budget. Trying to restore fiscal discipline by cutting earmarks is like trying to lose weight by adopting an exercise program for your left index finger.

Obama claims he'll pay for all his new spending with new revenues and spending cuts. But like McCain, he has been hazy on the details. And it will be far easier for him to get Congress to approve new spending than to enact the measures needed to pay for it. Unless Obama is willing to take on his own party with the veto pen, we should expect four more years of irresponsible budgeting.

His only defense is that he would not have to make up as much lost revenue as his rival. The Tax Policy Center says his tax plan would cut federal receipts by $2.7 trillion over the next decade, compared with $3.6 trillion for McCain.

The details differ, but the basic picture is the same regardless of who wins: Washington will spend more, red ink will roll down like a mighty river, and we as a nation will continue to dodge the critical choices we face.

It would be nice to think some unexpected event will save us from the consequences of that folly. But as McCain is fond of saying, it's always darkest just before it goes totally black.