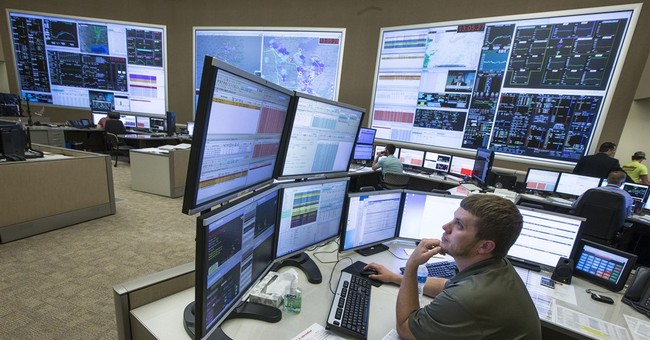 How's this for an early Christmas gift?

Right before Congress left town for the holidays, Illinois Sen. Dick Durbin, the Democratic whip, blew up a bill that would have provided Americans a permanent ban on the taxation of Internet service. Call it his "bah humbug" moment.

Grinch Durbin has promised to hold this bill hostage unless he gets paid a ransom. He says he will only allow a permanent ban on Internet access taxes, if Congress votes to allow state and local sales taxes on Internet purchases.

It's a game of pick your poison.

This may seem like arcane, insider-baseball stuff, but the economic stakes here are gigantic, as is the future expansion of Internet services. For example, the tax could delay and disrupt the rapid deployment of high-speed broadband service. My colleagues at the Heritage Foundation note that Verizon and AT&T spend about $35 billion a year in broadband wiring and cabling, but a new tax could put this investment in jeopardy. But hold on. I thought the Democrats were in favor of "infrastructure" spending.

That the left is threatening to allow states and localities to tax broadband services is toweringly hypocritical. Liberals love to talk piously about the right to universal Internet access and reducing the "digital divide" in America between rich and poor. This has been their excuse for pushing so-called "net neutrality" regulations on Internet providers.

Yet taxing Internet subscriptions could make web access connection service, much like cable TV, too expensive for millions of Americans to afford. Economist George Ford of the Phoenix Center found that taxing broadband subscribership could reduce the number of Americans with Internet service in their homes or offices by up to 15 million people. The tax would typically range from 2 to 5 percent, but in some areas the tax to be hooked up could go as high as 17 percent. How can any liberal or conservative support that?

Since the late 1990s, way back when Al Gore invented the Internet and the web was still an obscure luxury for a small sliver of the computer geek population, and companies like Google were just getting off the ground, the Internet Tax Freedom Act has protected Americans, especially the poor and those in rural areas, from onerous state/local taxes on broadband services. The objective of this law was to foster the uninhibited growth of the commercial and educational potential of broadband services.

It's been an obvious success. Today 75 percent of Americans have Internet service. But almost 1 in 4 still don't, and the danger of a new tax is that with families financially strapped, a new tax could mean millions might drop service. If Durbin has his way, fewer Americans could be able to go online.

So what is Durbin's game here? He and Lamar Alexander of Tennessee will only allow the Internet Access Tax Freedom Act to pass if Congress votes to allow states to tax online sales -- which is an even worse idea than taxing Internet access, with far more money at stake. This year, goods and services purchased on the Internet are expected to hit $300 billion, according to the Department of Commerce, and account for a record 7.4 percent of total retail sales. So state and local politicians and left-wing interest groups have long lustily viewed e-commerce the next giant pot of money to get their paws on.

Taxing Internet sales is also a high priority for major retailers, like Wal-Mart, who want online shoppers to pay the same tax they do when they make their purchases at the store counter. They want to require Internet companies to collect state/local sales tax even if that company has no connection (or "nexus") to the state where the tax is paid. An Internet company in New Hampshire would have to be a tax collector for Illinois and California, even though the company uses no services in those states. That's terrible tax policy that will erode tax competition.

Regardless of where one stands on Internet sales taxes, why hold up a bill that will increase Internet access and widen the digital divide in America? Ironically, Sen. Durbin has been one of the lead voices for universal Internet access. "Broadband access is not a luxury item," he said at a Senate hearing, "but a necessity to compete in the 21st century." He adds: "Quite simply, businesses, hospitals, schools, and even communities, regions and states are better able to compete if they have access to or can offer broadband services."

Well said. But now the man who once wanted to make the Internet universally available and affordable wants to tax it to make it more costly. The primary victims, if Durbin's 11th hour tax gambit succeeds, will be poor households, which is worth remembering next time Democrats start sermonizing about tax fairness.

Not That We're Shocked, But the CDC Just Hurled More Propaganda About Masks Again
Matt Vespa