Republicans Must Unify Against the Left

Star Parker
|
Posted: Feb 17, 2021 12:01 AM
Share   Tweet
The opinions expressed by columnists are their own and do not necessarily represent the views of Townhall.com. 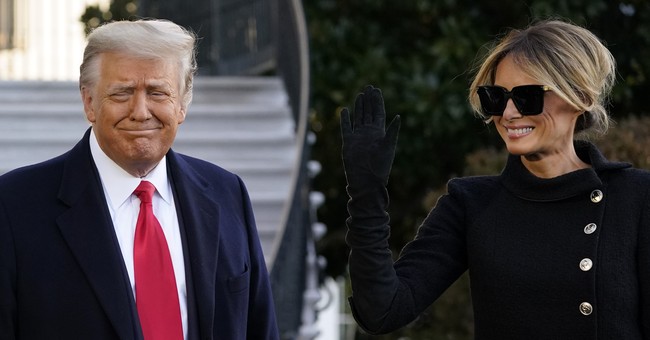 Former President Donald Trump captured the core of the problem in his official statement following his acquittal in the Senate impeachment trial: "It is a sad commentary on our times that one political party in America is given a free pass to denigrate the rule of law, defame law enforcement, cheer mobs, excuse rioters, and transform justice into a tool of political vengeance, and persecute, blacklist, cancel and suppress all people and viewpoints with whom or which they disagree."

This is the state of affairs today.

House Speaker Nancy Pelosi, salivating over the one article of impeachment hastily passed by her House against Trump, used national time and resources to do this for one reason and one reason only: to personally damage Trump and create division in the Republican Party.

It was clear that there was no way Donald Trump would be convicted in the Senate. But politics was the point, not the Constitution.

Now that President Trump has been acquitted, the left-wing media is stepping up to do its part to fan the flames and assure that no burning ember that could potentially damage Republicans is wasted.

Longtime Fox News token lefty Juan Williams wrote a piece for The Hill newspaper under the guise of truly caring about the health of the Republican Party, offering his heartfelt advice to Republicans to purge the "kooks" in favor of the conservatives. Or, as he says, to choose "reality" over delusion.

Williams, saying he's got Rep. Liz Cheney's "back," defends her against the pursuit of Republican "kooks" who condemn her for voting to impeach Trump.

For years, the media has portrayed the Democratic Party -- the party of abortion on demand, same-sex bathrooms and every failed socialist idea known to mankind -- as the party of sobriety and sanity, in contrast to Republican wackos.

Former U.N. Ambassador and South Carolina Gov. Nikki Haley availed herself to an interview with Politico, which did the expected hatchet job on her.

This was one of these so-called interviews where not the full transcript was published but rather only snippets, interlaced with comments and editorializing by the interviewing journalist.

The headline practically all of the media have run about the interview includes Haley saying that Trump "let us down."

This extraordinary woman of accomplishment comes off in this feature as lost and confused.

Let's face it. President Trump's challenge of governing in the face of "fake news" and media dominated by liberals was real.

Maybe it's wrong for someone, certainly the president of the United States, to become angry and combative.

But consider that Trump spent the first half of his presidency fending off fabricated charges of abuse of power and conspiracy to influence the 2016 election, which led to his first impeachment and acquittal. And it turned out that the basis of it all was a dossier whipped up by someone in the employ of the Democratic Party and used as legitimate intelligence by the FBI. And all the perpetrators of this horrible, corrupt scheme are off scot-free.

I appeal to Republicans to not let the smoke bellowing forth daily from the Democratic Party/left-wing mainstream media complex blindside them.

Our nation is limping, deeply wounded and dangerously close to fiscal and moral bankruptcy.

There is a reason why Americans picked a man with no prior political experience as their president in 2016. "Make America Great Again" was about the critical and noble crusade to restore "one Nation under God, indivisible, with liberty and justice for all."

Compared to this vital and noble mission, current injuries and differences in the party are but superficial wounds.

Republicans must unify to continue working to restore American greatness and keep focus on the real enemy: A corrupt, deeply confused and dangerous left-wing regime now holds the reins of power in our nation.

Star Parker is president of the Center for Urban Renewal and Education and host of the new weekly news talk show "Cure America with Star Parker."