A First Step for Prison Reform

Star Parker
|
Posted: May 23, 2018 12:01 AM
Share   Tweet
The opinions expressed by columnists are their own and do not necessarily represent the views of Townhall.com. 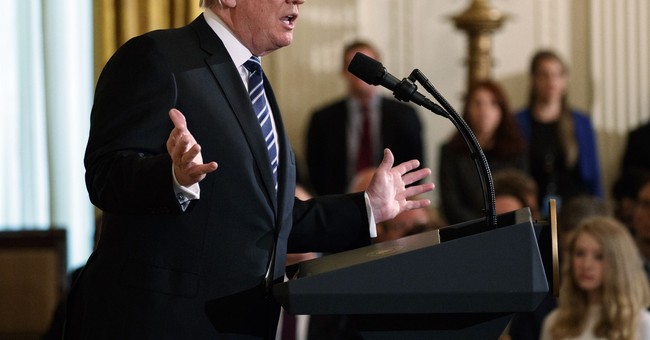 The fact that both the president and the vice president were at the event indicates the importance that the Trump administration ascribes to this issue.

And statistics quoted by Vice President Pence explain why our existing prison system should trouble us all.

According to the vice president, "Every year, while 650,000 people leave America's prisons, within three years two-thirds of them are arrested again. More than half will be convicted; 40 percent will find themselves back where they started, behind bars. It's a cycle of criminality. It's a cycle of failure."

The encouraging news is that we're seeing a level of bipartisan cooperation on this issue that is rare in Washington these days.

The bill was voted out of committee by a vote of 25-5, with 15 Republicans and 10 Democrats voting for it.

Moderating one of the panels at the White House summit was a former Obama White House advisor, Van Jones, who has come out in support of the First Step Act.

On his Facebook page, Jones called the legislation, "A big win for men and women in federal prison."

The point person in the White House on this issue is presidential advisor Jared Kushner, who deserves much of the credit for raising the profile of the importance prison reform and for recruiting the broad base of support.

The First Step Act establishes new tools for prison management to conduct ongoing risk assessments of each prisoner, evaluating the likelihood of the prisoner recommitting a crime. The profiling also establishes a basis for programs and job training to assist in rehabilitation of these individuals.

Prisoners productively participating in these programs, and showing progress in behavior and attitudes, are rewarded with increased phone time, visits and transfers to facilities closer to their homes and families.

Those achieving a low-risk profile of recidivism may be eligible for at-home confinement or for being transferred to halfway houses for the final period of their sentences.

A group of 121 former federal law enforcement officials have signed a letter urging the passage of the First Step Act.

The list of signatories includes one former U.S. attorney general and five former U.S. deputy attorney generals. And, in the aforementioned spirit of bipartisanship, the list includes Bush Administration Attorney General Michael Mukasey and Mary Jo White, appointed by Barack Obama as chair of the Securities and Exchange Commission and the first and only woman to be U.S. attorney for the Southern District of New York.

Despite the impressive core support for this bill, there is opposition on the left and the right.

Complaints include that the risk assessment system is "untested" and that the bill only focuses on prison reform and not sentencing reform.

But the assessment system is not "untested." A good number of states have enacted similar measures with great success. Texas passed similar reforms in 2007, resulting in $3 billion in savings and producing the lowest crime rate in the state in almost 50 years.

There is broad consensus that sentencing reform is also needed. But reform dealing with recidivism is not dependent on this. So why make the politics much more complicated and the probability of passage much lower?

Thoughtful reform to deal with recidivism is both humane and economically sensible. President Trump said he'll sign it if Congress passes it. They should.