Time to Shut Down the Department of Education

Star Parker
|
Posted: May 18, 2016 12:01 AM
Share   Tweet
The opinions expressed by columnists are their own and do not necessarily represent the views of Townhall.com. 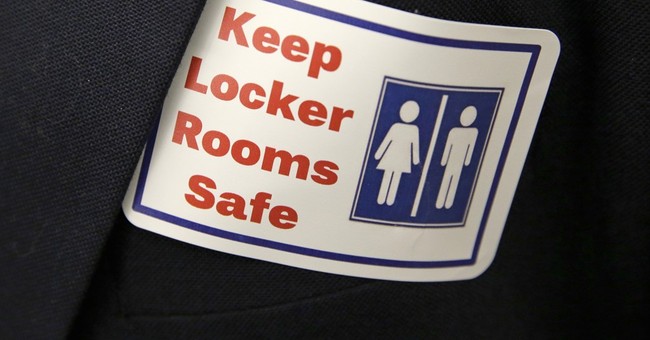 The Department of Education was created under President Carter in 1979 under the same misguided pretense that has driven much of the growth of our massively bloated federal government -- that if there is something we really care about, we should give more money and power to Washington bureaucrats.

It would be good news if the Department of Education just wasted the money it gets from our hard-earned taxes. But it uses the money to do real damage.

Nothing could provide a better example than the newly issued guidance letter that the Department of Education, jointly with the Justice Department, just sent to public school districts across the country, threatening to cut of federal funds if public schools do not comply with guidelines for treatment of so-called transgender students.

The first paragraph of the directive provides a toll-free phone number to call if you don't know the English language well enough to read the letter and then serves up this same paragraph in six different languages. Our own Department of Education is apparently of the view that familiarity with the English language is not among the responsibilities of American citizens.

The guidance letter lists requirements with which public schools must comply to demonstrate that they do not violate the alleged civil rights of transgender students.

Among these requirements are assurances that transgender students be allowed access to restrooms and locker rooms "consistent with their gender identity."

"Gender identity," according to the letter, "refers to an individual's internal sense of gender. A person's gender identity may be different from or the same as the person's sex assigned at birth."

The bottom line is that our Department of Education has put the nation's public schools on notice that their federal funds are in jeopardy if they don't allow little boys who think they are girls access to girls' restrooms and locker rooms and the opposite.

There are many deeply troubling things about this. Among them is knowledge that many with great political power in Washington, who control so much of our money, cannot distinguish between a fact and an opinion and have zero interest in even trying to make this distinction.

Referring to a "person's sex assigned at birth," as if an individual's sex was chosen by a bureaucrat as opposed to being a natural fact, the product of the mystery of creation, is astounding.

Or conveying as fact that there is something, totally unsubstantiated by science, called "gender identity," distinct and apart from the natural sexual reality with which an individual is born, is equally astounding.

In a country such as ours today, where opinions are so widely diverse about what is true and what life is about, we cannot have power concentrated in Washington. Certainly, in education, we must maximize freedom of individuals to control their own lives and how to educate their own children.

According to a new Cato Institute report, Department of Education spending on K-12 education now stands at $40.2 billion, ten times greater in inflation-adjusted dollars than the $4.5 billion where it stood just prior to the creation of the education department. Over this period, despite the prodigious federal spending, test scores in reading and math have hardly changed. Adding in spending from federal departments other than the Department of Education on K-12 education, the total stands at over $80 billion.

This amounts to $1,600 for every child enrolled in public schools.

To repeat, the Department of Education is not just wasting the billions it controls. It does substantial damage by forcing its own left-wing views on the nation's families.

The Education department should be shut down and these funds should either be returned to taxpayers and or sent to parents with children in public schools to be used toward vouchers to allow them to choose where to send their children to school.