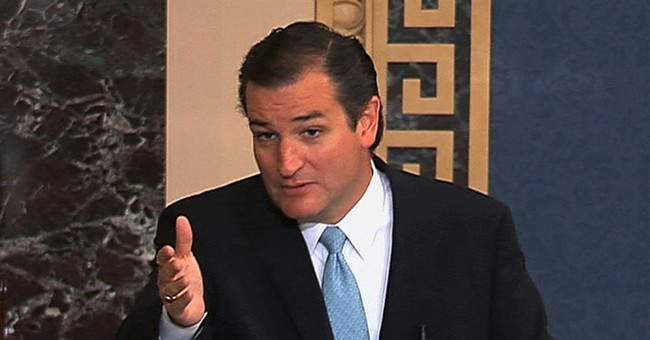 The presidential election of 2016 will be a defining moment for the nation and for the Republican Party.

Not so for the Democratic Party. There’s no controversy among Democrats about what America should be and what their party is about. Big government, welfare state socialism, and secular humanism.

The only question about who the Democratic presidential candidate will be is which welfare state socialist, secular humanist they will nominate.

The picture for Republicans is more complex and this makes Democrats happy. They see Republican Party intraparty dissension as division and weakness which, in their view, can only help Democrats.

Key issues divide Republicans both about principles – what is America about? – and political strategy – what are the best tactics for electing candidates and advancing the party agenda?

So let me say who I see as the Republican “dream team” ticket for 2016 – Senator Ted Cruz and Dr. Ben Carson.

Yes, I can hear Democrats saying “Oh yes, I hope Star is right. This will guarantee another four years of our big government socialism. These Tea Party whackos could never win.”

And I can hear the Republican “establishment” saying basically the same thing (any chance these folks have more in common with Democrats than they do with real conservatives?).

So how can I seriously say that a real conservative, Tea Party ticket is both the answer for the Republican Party and the country?

First, starting out by looking at polls is exactly the formula for political failure.

Apple co-founder and famed technology entrepreneur Steve Jobs is widely quoted for his disdain for market research. Jobs’ point was that leaders and entrepreneurs don’t start by asking people what they want and trying to give it to them. Visionaries see what the problems are that need to be solved and they deliver solutions that customers are not aware of or never dreamed of.

Political leadership is no different than business leadership in this regard. Polls reflect yesterday. Leadership reflects tomorrow.

What is the relevant information we should be looking at today?

The polling data we should look at are the data showing the deep dissatisfaction Americans feel about the state of the country, its direction, and the uniformly low trust that Americans feel toward their government and political leaders.

It’s time for Americans to have a real choice. We know what the Democratic Party is going to put on the table for them.

A Cruz Carson ticket would give Americans a clear, no-nonsense and honest alternative. Two Americans who are really committed to what America is about and what made it great. Traditional values, limited government, free markets, and a strong national allegiance and defense.

And, of course, given the sweeping demographic changes of the country, it can’t hurt to hear this from two self-made Americans – one of Spanish-speaking roots (Cruz’s father immigrated from Castro’s Cuba) and one African American raised in a ghetto in Detroit.

Both are living examples that personal success is not about government programs but about taking personal responsibility for one’s life. That freedom is about creating and serving not about claiming and taking. And neither have interest in political game playing.

Ironically, the Tea Party was born when Obamacare came to life. Now, as the Obamacare disaster unfolds before us, Americans are starting to understand what the Tea Party saw then.

I don’t see a more powerful team to do this than Cruz Carson.