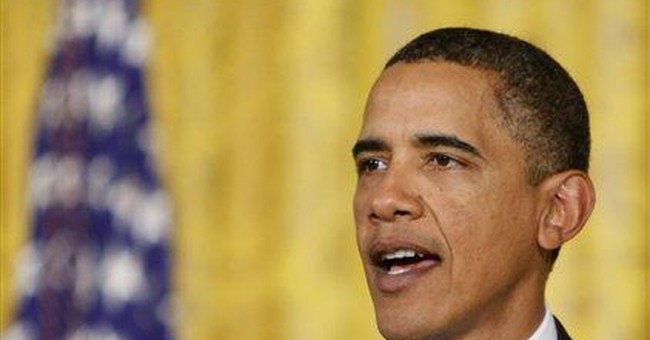 As President Obama announced his analysis of how the Christmas Day near-miss terrorist attack occurred, Democrat Senate and House leaders conferred in secret to produce a health care reform bill.

Despite extensive information on the would-be terrorist, each piece of which was incriminating on its own, the man evaded a vast government bureaucracy and almost blew up a plane filled with Americans.

Yet, Democrats, with the health care bill they are now piecing together behind closed doors, will bring all American lives and health care under the purview and control of government bureaucracy.

Talk about an inability to connect the dots.

The initial assessments of the terrorist incident that both the President and his Homeland Security Secretary Janet Napolitano shared with the nation were wrong. The president called the man an "isolated extremist." Napolitano said the "system worked" and expressed doubt that the man had al Qaeda connections.

But the President and Napolitano did get something right. They identified what did work. What saved the lives of innocent Americans were private citizens, using their own brains and initiative that acted to bring this terrorist down.

The President said that this near disaster was "not the fault of a single individual or organization, but rather a systematic failure across organizations and agencies." So no heads will roll.

Shortly before Christmas, I sent out a package priority mail through the U.S. Postal Service.

The next day the package arrived back to my office.

We looked it over and could not figure out what went wrong. Our records showed that the mailing address was correct and there was no indication on the package that it wasn't.

We entered the tracking code into the USPS website and found that indeed there was nothing wrong. Except that the postal service delivered the package to the return address.

The USPS website reported five discrete steps taken between receipt of the package and its delivery. And then showed "Status: Delivered."

How many individuals handled that package and failed to note that someone decided to deliver it to the return address?

Was this a "systematic failure" across the organization?

My colleague had an appointment with his dentist that afternoon and related the incident to him. The dentist replied that he'd been using Federal Express to overnight back and forth to his laboratory in Minnesota for 25 years and that there never had been one screw up. And, noted the dentist, each day following September 11, 2001 -- when airports across the nation were closed -- all his FedEx overnight deliveries arrived on time.

Senator Tom Coburn, also a physician, wrote recently how he saved a patient's life by identifying a cancer using a procedure that most likely would not have been permitted under the government health care bureaucracy we are about to have.

Senator Coburn has supplied us with important intelligence. Americans should know that the government rationed health care we're about to get will "not only reduce the quality of life, but their life spans as well."

So, let's connect the dots.

America's unique success comes from freedom and limited government. Government's responsibilities are laid out clearly in our constitution, which we choose to ignore.

National security is a job of government. Designing health insurance policies and forcing private citizens to buy them, running car companies, bailing out banks, and subsidizing homeowners who can't pay their mortgages, is not.

We can't function if no one understands what their job and responsibility is. And here, Mr. Obama, the buck indeed stops with you.