The Need For Secure Borders

Sheriff David Clarke, Ret.
|
Posted: Apr 11, 2018 12:01 AM
Share   Tweet
The opinions expressed by columnists are their own and do not necessarily represent the views of Townhall.com. 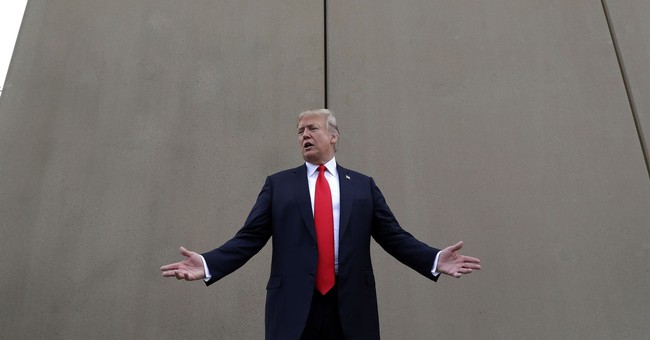 President Trump is sending national guard troops to protect America’s southern border. Not only is this a great policy decision, but it’s a strategic one that puts America first.

The troops will help secure the border from illegal immigration, a decision that will protect the American people from foreign and domestic threats. Trump has approached the very solemn duty of protecting the American people by doing what most politicians won’t: actually defending our borders.

America is a sovereign nation, one that is discernible by its identifiable borders that must be secured and defended. Countries have gone to war over border disputes including airspace. We read news stories all the time about air space being violated. That’s how serious countries take their sovereignty. Apparently, that isn’t the case here in the United States.

There are three major reasons America needs to protect and secure its borders: security, health, and American jobs.

The most important aspect of immigration reform is keeping America safe. Illegal drugs, weapons, terrorists, and criminal gangs are pouring into the United States through our unsecured border. The growth of the dangerous criminal gang MS-13 was in part the result of a defective Deferred Action for Childhood Arrivals (DACA) program and other illegal southern border crossings.

The second aspect is preventing the potential spread of infectious diseases being brought to the United States. For example, the spread of the Zika virus from South America and the H1N1 or swine flu outbreak from several years ago were in part spread by immigration. In order to prevent such diseases from turning into a pandemic, we started monitoring people for symptoms coming into the country – that’s border enforcement. If people enter the country illegally, we cannot effectively control any disease they may carry.

The third reason that border control is necessary is to deter the influx of another country’s ne’er-do-wells. Many people coming across America’s southern border are in need of welfare services. This is a strain on limited public resources like medical services, schools, and yes, the criminal justice system. Trump was right when he said some countries do not always send us their best and brightest – most immigrants are not self-sufficient. Please tell me how a person who doesn’t have the means to support themselves and does not speak proper English is going to be anything other than a burden on society? Who is going to pick up the tab for this? The American taxpayer will.

It’s important to examine some of the broken immigration policies that Congress must immediately address. Trump’s recent actions need to be supplemented with more speedy and effective processing of people who illegally trespass into our country. The backlog has got to be cleaned up through a streamlined deportation process. Individuals are either in the country legally or illegally – there is no gray area. However, deportation lawyers drag this out and we shouldn’t let them. Trump has provided for more agents and judges to clean up this backlog and we should monitor it closely for results through benchmarks of success.

Illegal aliens should be detained pending their deportation hearing, and should not be allowed to walk among the public, use public services, and take jobs away from American citizens. Thankfully, Trump recently signed a memorandum ensuring an end to the “catch and release” policy.

Oftentimes, unscrupulous employers victimize U.S. citizens by providing jobs and safe havens for illegal aliens – a criminal act. Where are we going to put them? We know that Guantanamo Bay currently has space.

Trump has offered a common sense fix for the DACA dilemma. Congress still shows no sense of urgency about this crisis, instead choosing to use it as campaign leverage going into November. His four pillars include: capping chain migration, ending the visa lottery program, mandating employment e-verification, and harshly fining employers who circumvent the law. Those policies should begin today.

We have a president who is going to do more than pay lip service to our broken immigration system like his previous three predecessors had done. Past presidents from both parties spewed hot air about what we needed to do yet they never did much. Many in the media mistook their lip service for accomplishment. President Trump says what he means and means what he says. Sending 4,000 national guard troops to our southern border is action, and actions speak louder than words. Congress needs to exhibit the same sense of urgency that he has.

It’s time to build the wall.

David A. Clarke Jr. is President of DAC Enterprise LLC and senior advisor/spokesman for America First Action PAC/Policies. He formerly served as the Sheriff of Milwaukee County.