Seton Motley
|
Posted: Oct 19, 2016 12:48 PM
Share   Tweet
The opinions expressed by columnists are their own and do not necessarily represent the views of Townhall.com. 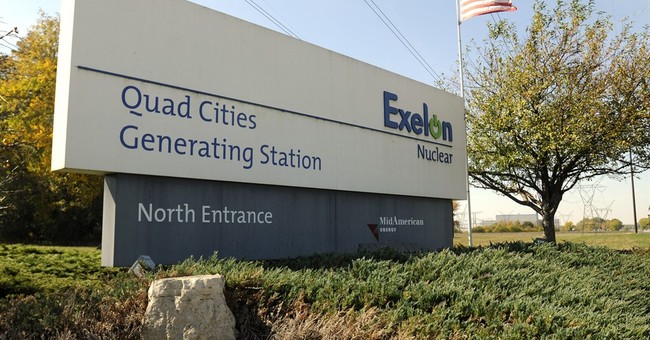 The Reverend Al Sharpton is famous. What he should be is notorious. He has many, many life lowlights. The one that pertains to our conversation here is the 2014 New York Times report that he was at that time $4.5 million short on his federal and New York state taxes.

That’s a lot. And it brings to mind many thoughts regarding the Reverend. None of which, for normal people, is: What this guy really deserves is a government bailout check.

Yet that is what New York state Governor Andrew Cuomo is on the verge of doing for Exelon Generation - the Al Sharpton of power companies.

Exelon was just on the wrong end of a U.S. tax court decision - and has been ordered to pay the Internal Revenue Service (IRS) $1.45 billion in back taxes, penalties, and interest.

So they should have no problem paying their (back) taxes. But we should all have a problem with New York’s state government writing them a check - for possibly up to $7 billion.

As with all things government, the big corporation gets a check - and we little people pick up the tab. The bailout will add $2.3 billion to the energy bills of New York residents - many of whom are Exelon customers.

Get that? Exelon gets government money - Exelon customers get higher energy bills.

Exelon has spent nearly $300,000 on lobbying and lobbying-esque activities in Albany since 2014. It has obviously paid quick, exponentially inflated dividends. Hillary Clinton’s cattle futures are jealous.

This Exelon nonsense is a small part of Governor Cuomo’s huge “green energy” nonsense. Without benefit of the state legislature, Governor Cuomo’s Public Service Commission (PSC) in late July issued a fiat mandating that by 2030 half of New York’s energy needs must be met by renewable methods.

Small problem: “As of 2015, New York only generated 11% of its energy via renewables. A tally it has taken them decades - and tens of billions of subsidy dollars - to attain. And now they have mandated a nearly 500% increase - in only fifteen years. Predicated, again, upon energy sources that require massive, ongoing government cash infusions - and in most instances take more energy to produce than they provide. The New York State mandate is a VERY expensive proposition.…”

It cannot be said enough: most “green energy” is neither green nor energy. Wind, solar and biofuels are actually awful for the environment - not at all green. And they are so prohibitively expensive - they make zero sense as energy.

New York’s government can’t pay for its huge new mandate - without first taking it from New Yorkers. Who will be paying, and paying, and….

Nuclear is actually a clean, viable energy source. As demonstrated by Exelon’s very tidy profits each and every year for at least a decade.

So why on earth are they too set to get a multi-billion-dollar government check?

It makes zero sense - in a Governor Cuomo plan filled to the brim with things that make zero sense.