Alleged ‘Consumer Groups’ Oppose Consumers Getting Stuff from Anyone but Government

Seton Motley
|
Posted: Jan 18, 2016 11:43 AM
Share   Tweet
The opinions expressed by columnists are their own and do not necessarily represent the views of Townhall.com. 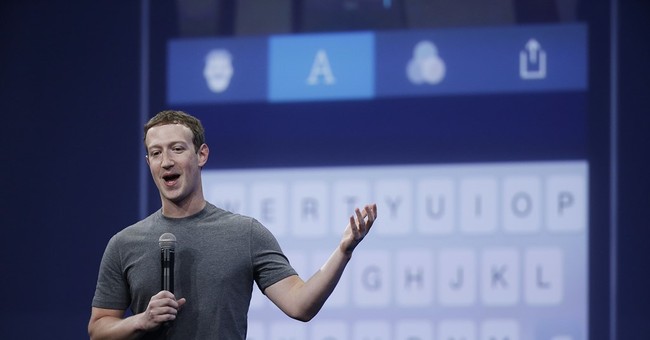 But one obvious example: ObamaCare’s official name is “The Patient Protection and Affordable Care Act.” Which isn’t particularly accurate.

“Patient Protection?” President Barack Obama - the law’s fake namesake - incessantly (and knowingly fraudulently) said “If you like your doctor/plan - you can keep your doctor/plan.” More patients have lost their insurance than received insurance under the law.

“Affordable Care?” President Obama incessantly (and knowingly fraudulently) promised families a $2,500-per-year reduction in premiums. Premiums have instead rocketed skyward. And as the law is more fully implemented - the increases keep getting worse. 2016 will be dramatically worse than 2015. Which was worse than 2014. Which was worse….

So when the Left-Media-Complex parades out “Consumer Groups” - grab your wallets.

The Media rarely if ever identify Leftist entities as Leftist – instead assigning them non-ideological descriptives. Often, it is the ridiculous “consumer interest group” – as if the anti-free market side of the equation is pro-consumer, and the defenders of freedom are against the purchasing public.

Never mind that no one is more pro-consumer than a private company – after all, they are the ones trying to please as many consumers as possible. It would then stand to reason that the organizations defending private companies from government overreach are pro-consumer.

The Left knows this - which is why they co-opt private sector terms to describe what government does. To wit: The Internal Revenue Service (IRS) farcically refers to conscripted (and ideologically harangued) taxpaying subjects as…“customers.”

One of the few downsides of the Internet - is our domestic Leftists can now very easily export their inanity. Especially egregious is when they manage to stomp out budding shoots of free market freedom in Third World countries already almost totally in the grips of their governments - and the resulting destitution.

To wit: Facebook has tried to give…potentially billions of poor Third World people - free Internet access. Our domestic “consumer groups” oppose the private sector - so they oppose this private sector move to liberate these people: “Mark Zuckerberg’s plan for world domination is in trouble. The billionaire Facebook founder recently took to his social network in a bid to save Internet.org, his plan to give billions of the planet’s poorest people a limited taste of the World Wide Web.”

What a jerk Zuckerberg is. (He is awful on a great many policy positions - but not here.)

So the Left blocked his free Internet service in India. And even more obnoxiously, ended free service for millions of Egyptians - whom Facebook had already connected.

Zuckerberg’s “plan for world domination” is…a little overwrought, no? If he gets billions of offline people online - that’s not domination, that’s a global public service of titanic proportions.

And God bless capitalism and the private sector - you can bet other huge companies like Google and Amazon will be watching how Facebook does. And if they see an opportunity, they will try to do what Facebook is doing - better than Facebook is doing it. Not domination - competition.

These competing private sector actions will - again, for billions of people - be rungs on the ladder up and out of abject poverty. But these “consumer groups” - have preemptively sawed down said ladder.

You know what entity actually wants to dominate the world? Government. Inherent-monopoly, all-encompassing government. Human history is replete with examples of government not treating its victims citizens very well. The Soviet Union? Communist China? North Korea?How’s ObamaCare doing for our citizenry? How’s the IRS treating our citizens whose political views they don’t like?

Do “consumer groups” - like the Media Marxist joint Free Press - acknowledge this? Of course not. They are some of the biggest world-domination-government Internet cheerleaders going. They desperately want government to provide Internet access. (Note: They of course don’t name it “government broadband.” Instead it’s “community broadband” or “municipal broadband.”)

“Free Press Lauds 'Community Broadband Act of 2007'.” Which went nowhere in a Democrat-controlled Congress - because it’s just that terrible an idea. Which meant:

“Free Press Action Fund Welcomes the Community Broadband Act (2015).” Wonder how that will go in a Republican-controlled Congress? Not well, so of course the Media Marxists cheerlead world-domination-government’s unilateral fiats.

“Community Broadband Kicks Comcast to the Curb.” And that’s the ultimate end. Eradicate the private sector - and replace it with government. As articulated by Free Press’s co-founder Robert McChesney - an avowed Marxist and college professor (please pardon the redundancy).

“(T)he ultimate goal is to get rid of the media capitalists in the phone and cable companies and to divest them from control.”

So for the uber-Left “consumer groups,” free Internet isn’t the problem - free Internet from the private sector is. World-domination-government providing “free” Internet - is for them just fine. And the ultimate, all-encompassing objective.

But as we know from reams of history: “There ain't no such thing as a free lunch.” The cost is currently being paid by billions of impoverished Third Worlders - who these “consumer groups” are preventing from receiving free private sector Internet access.

These Leftist fetishists will instead make them wait for government. No matter how long it takes - no matter how awful it will inexorably be.