Bernie Sanders and Robert Reich Are Confused by Economics. And Government. And Reality 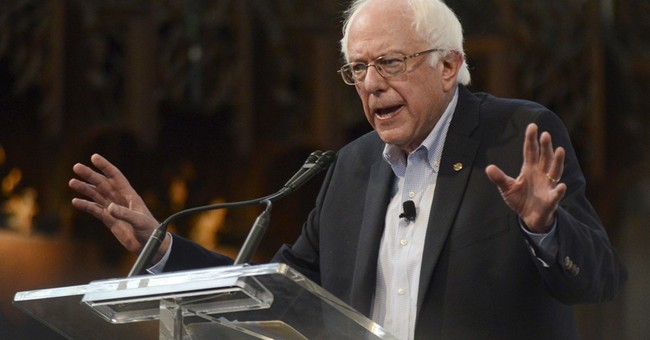 Socialism is a failed ideology. It was the avant-garde approach to how to do government in the Twentieth Century. The Soviet Union was the flagship petri dish that conquered, infiltrated or ingratiated themselves with many other nations to establish them as additional petri dishes (Hello, Cuba). We certainly now have a large enough, long enough sample set - and the results are in. The system is contaminated - Socialism does not work.

Socialists feebly cry “But they weren’t Socialist - they were Communist,” which is a distinction with very little difference. Communism is Socialism - with a boot in the neck. The Communist boot is almost always ultimately necessary - because people eventually figure out Socialism stinks on ice, which is why so many peaceful Socialist experiments end up as Communist totalitarian regimes. See: Orwell, George.

Ignorance replicated resonates. Flash forward to today: Avowed Socialist Senator Bernie Sanders is a force in the Democrat presidential primary. Little known factoid: When in the Senate, primary opponent Hillary Clinton was only 0.1% less Left than Sanders. And they were ranked Numbers 15 and 13 respectively in the Democrat caucus - meaning there were a dozen Senators more Left than them. Know why Democrat National Chairman Debbie Wasserman Schultz can’t distinguish between a Democrat and a Socialist? Because they are indistinguishable.

Speaking of Mrs. Clinton - behold Robert Reich, who was Labor Secretary during her husband’s presidential administration. (What does Reich do now? Teaches college, of course.) Is Reich a Socialist? If it walks and talks like a duck,….

In 2010, he praised the uber-failed ObamaCare - and proposed similar huge government power grabs for just about every other economic sector. Foreshadowing Sanders, he called for a 70%-90% top income tax rate.

Suffice to say, Reich has very little to say about the economy that is of any actual assistance. The amount of reality totally missed by him and his ilk is always dangerous - but just occasionally, they can be amusing in their blinkered, naif-like naiveté. So it was when Reich recently penned “Big Tech Has Become Way Too Powerful” for the New York Times. He wrote:

“But as has happened before with other forms of property, the most politically influential owners of the new property are doing their utmost to increase their profits by creating monopolies that must eventually be broken up.

“The most valuable intellectual properties are platforms so widely used that everyone else has to use them, too. Think of standard operating systems like Microsoft’s Windows or Google’s Android; Google’s search engine; Amazon’s shopping system; and Facebook’s communication network. Google runs two-thirds of all searches in the United States. Amazon sells more than 40 percent of new books. Facebook has nearly 1.5 billion active monthly users worldwide. This is where the money is.”

Reich is lambasting some huge Internet players. Threatening them with an eventual government hammer to break them apart. “Government must intervene in the Tech Sector!” he cries.

“Net Neutrality mandates all electronic bits be treated equally. No website can be treated differently than any other website. No Internet “fast lanes” – where a website can pay more for faster service. Which is about as anti-Reality as any policy ever devised. Your Mom-and-Pop embroidery website is a little different and uses a different amount of bandwidth than does Amazon.com. You shouldn’t have your bandwidth costs equalized with Amazon’s bandwidth costs. Gas stations don’t equalize fuel costs between eighteen-wheelers and Smart Cars. The Post Office doesn’t equalize postage between overnight and snail delivery. In Reality, Amazon should, would and could pay more for the massive bandwidth they use – and the faster speeds they want.

“In actuality, Net Neutrality mandates that crony companies like Amazon, Netflix and Google get unequal, MUCH better treatment than do our Mom-and-Pop sites.”

Get that? The huge companies Reich is decrying in the Times - just received a huge crony boost from Huge Government. This terrible government policy allows them a permanent, mass-transport free-ride. Where was Reich on this terrible government policy? In favor, of course. He was in favor in 2006. And he approved in February when the Obama Administration slammed it down.

But Reich now writes that the huge companies his favored policies heavily favored are too big and must be broken up. Confused? That’s certainly understandable - because Reich is terminally confused.

This is what happens when government and our Betters try to micromanage the economy. Like it’s controlled by a bunch of levers, and our Betters can lower this one, raise that one - and magically make everything great.

In reality, the economy is like a long, thin balloon - and when our Betters press on one section, other sections in unanticipated ways bubble and warp. When the government pressure gets too great (like when they mandate banks make too many bad home loans) - the economy pops.

Reich and his ilk dropped Net Neutrality on the economy balloon and watched an unexpected bubble arise that benefits the companies Reich says are overly-benefitted and should be broken down. Whiplash-inducing, is it not?

Socialism officially doesn’t work. May we please finally stop trying it? And stop listening to those who still think it does?