Preventing the Last Disaster, Accomplishing Not Much 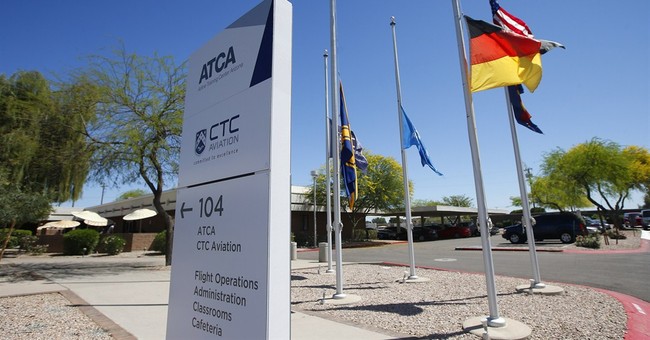 As a species, human beings are nothing if not predictable.

After every horrific disaster, whether man-made or natural, accidental or deliberate, we come together to collectively decide what we can do to prevent the next one, and in the case of the Germanwings intentional crash, the spitballing has already begun.

Should we submit pilots to more rigorous psychological testing? Should they have to complete more training? Can technology help? And of course there's the favorite of every government -- more regulations.

But with fresh reports Thursday that co-pilot Andreas Lubitz spent time researching suicide methods and cockpit door security before crashing his plane into the French Alps, one has to wonder what, if anything, could have been done to prevent this mentally unstable pilot, hell-bent on taking his plane down, from carrying out some version of this terrifying mass murder.

And that might be the hardest lesson to learn out of these tragedies: that while there may be some useful revelations about security lapses or holes in the system, more often than not if a person is determined to do something terrible, it's nearly impossible to prevent them.

Nevertheless, we always try, don't we?

For instance, the Federal Kidnapping Act of 1932 was a response to the abduction of Charles Lindbergh's baby, allowing federal authorities to intervene when kidnappers crossed state lines with their victims.

After the 1956 abduction of another baby, Peter Weinberger, Eisenhower signed new legislation reducing the FBI's waiting period in kidnapping cases from seven days to 24 hours.

While all inarguably good ideas, it's hard not to notice that not one of these new practices would prevent a future kidnapping.

But perhaps no phenomenon has triggered more legislative reaction to correct for the last disaster than mass shootings. The 1994 assault weapons ban signed by President Bill Clinton was a response to a 1989 shooting in Stockton, Calif., where five children were killed by a drifter named Patrick Purdy, who used a Chinese version of an AK-47. Even though a 2004 review of the effects of that ban by the National Research Councilfound that it "did not reveal any clear impacts on gun violence outcomes," anti-gun legislation is still regularly raised by Congress as a means of preventing future mass shootings.

Proving that you don't need a gun to commit a heinous atrocity, less than one year after the 1994 assault weapons ban passed, Timothy McVeigh detonated a truck bomb in front of the Alfred P. Murrah Federal Building in Oklahoma City, killing 168 people and injuring more than 600.

Of course, after the terrorist attacks on 9/11, America created a whole new federal agency and a host of new laws -- including one requiring cockpit doors to lock from the inside -- to address the threat of airplane hijackings, which were pulled off on 9/11 with neither guns nor explosives.

Europe followed suit, with former French President Nicolas Sarkozy strengthening France's anti-terror laws five separate times while in office. Just this past September current President Francois Hollande increased government access to citizens' personal data. But on January 7, two brothers -- who were already being watched by French authorities, thanks to more robust surveillance laws -- still managed to gun down 11 people at the offices of Charlie Hebdo and a policeman on the street outside.

On the one hand, this tendency to want to solve for these acts of violence and terror, both random and organized, reveals an alarmingly arrogant side of human nature. One should always be wary of so-called solutionists who think they can solve complex and unpredictable problems with any number of facile work-arounds. As C.S. Lewis wrote, "I dread specialists in power because they are specialists speaking outside of their special subject."

Yet we routinely trust just these kinds of specialists in power to solve problems they likely know little about, from curbing gun violence to preventing oil spills. Lawmakers are rarely social scientists or engineers, but that doesn't stop them from passing legislation meant to control the laws of nature, the laws of physics or the lawlessness of human evil.

On the other hand, some problems surely can be solved, and optimism might just be our greatest evolutionary achievement. As Einstein put it, "Only those who attempt the absurd can achieve the impossible."

It's hard to make sense of senselessness. So it feels good to think we have "done something" to prevent another Timothy McVeigh or Andreas Lubitz. But the likelihood is that evil-doers will find a way. Once we accept that our earnest attempts to correct the future are actually futile attempts to prevent the past, maybe we'll finally get the peace of mind that we crave.