The Culture Leads, Not the Supreme Court

Scott Rasmussen
|
Posted: Jul 12, 2018 12:01 AM
Share   Tweet
The opinions expressed by columnists are their own and do not necessarily represent the views of Townhall.com. 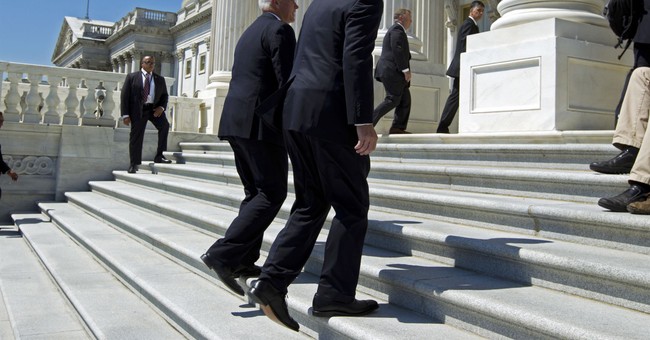 Just about every American election year is peppered with quotes from seemingly very serious people claiming that, for some reason, this is the most important election of our lifetime. This year, we're also being told that the political battle to replace retiring Supreme Court Justice Anthony Kennedy may be the most important confirmation vote of all time. News stories are littered with references to how it will change the direction of the court and the country for a generation or more.

Such rhetoric misses the important reality that we live in a land where the culture leads and politics lag behind. Yes, elections are important. They have consequences. Yes, it matters who serves on the Supreme Court. That, too, has consequences.

But elected politicians and appointed Supreme Court Justices do not lead the nation. They follow.

For example, one of the hot-button issues that has activists worked up is abortion. Liberal activists are terrified that a more conservative court may overturn Roe v. Wade. Social conservatives are thrilled at the prospect. But, it's important to recognize that the threat to Roe v. Wade is not President Trump's Supreme Court nominee Brett Kavanaugh. Instead, the threat to Roe v. Wade is the fact that the controversial ruling is far from settled law in the Court of Public Opinion.

As of last month, according to Gallup, 48 percent of Americans considered themselves pro-life while 48 percent considered themselves pro-choice. Those numbers are little changed over the past 18 years. And, if anything, they have shifted a bit in the pro-life direction since the 1990s. Ultimately, it is these underlying public attitudes that created a Supreme Court equally divided on the question.

Of course, abortion is far from the only issue on the Supreme Court's agenda. The Nixon Administration launched an effort in the 1970s giving the federal bureaucracy more power to issue rules for the rest of us to live by. Some call this enormous centralization of power the Administrative State. I call it the Regulatory State. Whatever you call it, the Supreme Court placed few limits. Now, that appears to be changing. In fact, a Brookings Institute article suggests that reigning in the Regulatory State may be one of Kavenaugh's first big impacts on the court.

Why would this happen? Because the Regulatory State has never enjoyed the consent of the governed. In the nearly half-century of Regulatory State prominence, a majority of Americans has never trusted the federal government to do the right thing most of the time. According to Monmouth University polling, 60 percent of Americans believe unelected officials have too much power. Just 26 percent believe the balance between elected officials and the bureaucracy is about right. To top it off, Monmouth reports that 80 percent believe these officials monitor and spy on American citizens.

The list could go on and on. America is led by a deep cultural commitment to freedom, equality, and self-governance. As a society, we pragmatically apply those core values to the issues of the day and eventually a broad societal consensus is achieved. Elected officials and Supreme Court justices have an important role to play in this process. But, we must never forget that their role is to reflect the nation rather than lead it.