Scott Rasmussen
|
Posted: Jul 20, 2017 12:01 AM
Share   Tweet
The opinions expressed by columnists are their own and do not necessarily represent the views of Townhall.com. 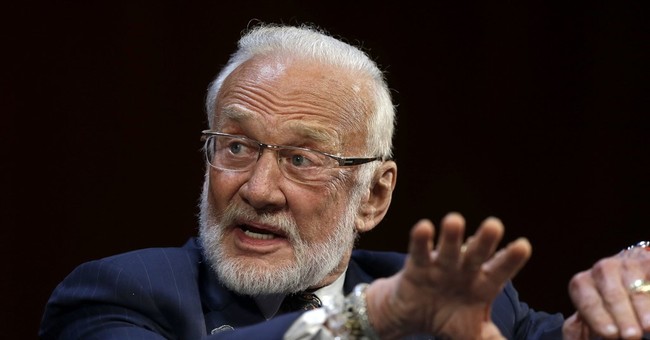 On July 20, 1969, Neil Armstrong famously took "one small step for a man" and "one giant leap for mankind." He and Buzz Aldrin stepped into the history books that day as the living embodiment of an amazing technological achievement. We'll hear a lot more about that trip in the coming years as we approach the 50th anniversary of the first lunar landing.

The story will be told of the U.S. responding to the Sputnik satellite and the fear that gripped many when Yuri Gagarin became the first human to orbit the earth. Our nation caught up when John Glenn took three trips around the earth in Freedom 7. After that, stunning breakthroughs became routine until the Apollo 11 mission than finally put two men on the moon.

As the narrative unfolds, however, we're not likely to hear much about Apollo 1. And, it's a story that should be told as a reminder that great accomplishments come with great risks and a high cost.

On January 27, 1967, Gus Grissom, Ed White and Roger Chaffee climbed into the Command Module for a launch rehearsal. Grissom was one of the original seven Mercury astronauts and had been into space on a pair of earlier missions. White had become the first American to walk in space on the Gemini 4 mission in 1965. Chaffee was looking forward to his first flight after years of training.

Tragically, a fire broke out in the Command Module on that day and there was no way to release the hatch from the inside. The three men suffered a horrific death and images of the charred Command Module shook the nation. All three men left behind a wife and young children.

Viewed from the perspective of the 21st century, perhaps the most amazing thing about the story is how quickly the space agency regrouped and put men into orbit again. In today's world, politicians and bureaucrats might have shut the program down completely.

Back then, there were Congressional hearings, but unmanned test flights continued. It took just 20 months before Wally Schirra, Donn Eisele, and Walter Cunningham flew a redesigned Command Module into space on Apollo 7. The courage displayed by those three men was an essential part of the successful race to the moon. Throughout the flight, there was tension between the crew and ground controllers, perhaps a natural result of knowing what had happened to their friends and colleagues on Apollo 1.

After that, events moved quickly. In December 1968, Apollo 8 orbited the moon. In March, Apollo 9 flew the Lunar Module for the first time. Apollo 10 flew to within just a few miles of the lunar surface in May of 1969 and Apollo 11 made history in July.

Today, private companies are leading the return to space. Amazon founder Jeff Bezos is spending a billion dollars a year to fund Blue Origin with hopes of building a colony on the lunar surface. His dreams of conquering space were inspired by watching Neil Armstrong's first steps on the moon. For all of us who remember, it was a magical moment.

But we should never forget the price paid by Grissom, White, Chaffee, and their families to create that magic. They made it possible for Armstrong and Aldrin to step into history.