Scott Rasmussen
|
Posted: May 11, 2017 12:01 AM
Share   Tweet
The opinions expressed by columnists are their own and do not necessarily represent the views of Townhall.com. 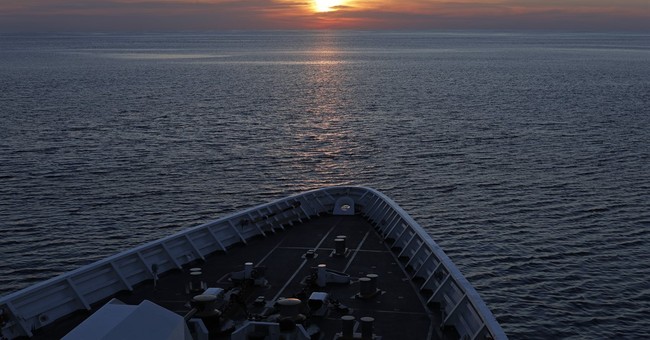 Trending
It's not fashionable to say these days, but I am very optimistic about America's future. I believe that our nation's best days are still to come and that our children and grandchildren will have much better lives than we have enjoyed.

I am optimistic despite believing that our nation's political system is badly broken.

My personal journey from pessimism about politics to optimism about America took more than a decade. Figuring out how to explain it took an additional two years of writing and the end result is my new book, "Politics Has Failed: America Will Not." Fox News analyst Juan Williams describes it as "a roadmap to genuine optimism." He adds that the book is a "gripping, history-based account... on how change really happens before the politicians run to the front of the parade."?

The key is recognizing that politics and politicians don't lead the nation. That's not their job and it's not the way America is supposed to work. We live in a land where the culture leads and politicians lag behind. For those who are skeptical of this concept, consider the reality that two men who dropped out of college in the 1970s have had a bigger impact on the world we live in than the combined legacy of all eight presidents since that time. Their names were Steve Jobs and Bill Gates.

The fact that the culture leads is good news because we are rapidly approaching a time when our political system will completely break down and need to be rebuilt from the bottom up.

Building on that premise, my book is offered as a message of hope to counter the nation's dysfunctional and toxic political dialogue. Instead of obsessing over the failures of politicians, it's time to rethink the relationship between politics and community. Brookings Institute scholar Jonathan Rauch calls the book "a spirited and timely reminder that civic groups, innovative businesses, and personal networks are where the real action will be in the 21st century -- and that their potential to improve our lives and our country is vast."

In America, governing is not the responsibility of government alone. Every institution and relationship in society has a role to play. My expectation of a bright future includes a massive campaign of community problem solving and a culture that remains committed to freedom, equality, and self-governance.

America is at its best when people use their freedom to work together in community. The tools of the digital revolution are giving us new and exciting ways of working together that will enable future generations to see and do many wondrous things beyond our current ability to imagine. Most important of all, however, they will help our nation draw ever closer to becoming a land filled with opportunity, liberty, and justice for all.

Mark McKinnon, a man who helped guide five successful presidential campaigns, calls the book "some of the freshest most inspiring thinking I've read in years... There is a light in the tunnel, and Rasmussen has found it."

Community problem solving, fueled by the digital revolution, is poised to overcome our failed system of politics and government. We may not be able to make government work better, but that won't stop us from making society work better.