Beginning of the End for the Regulatory State?

Scott Rasmussen
|
Posted: Feb 02, 2017 12:01 AM
Share   Tweet
The opinions expressed by columnists are their own and do not necessarily represent the views of Townhall.com. 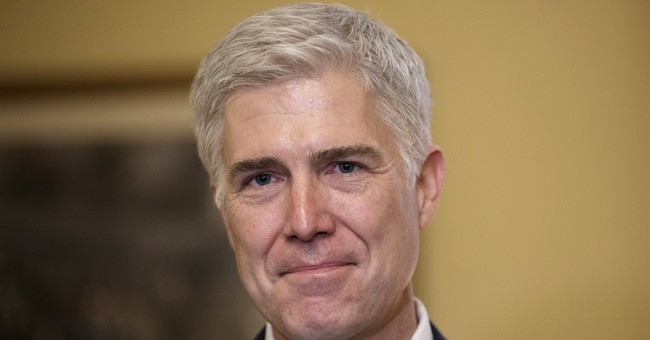 Trending
The shorthand description of Neil Gorsuch is that he's a younger version of the man he's likely to replace on the Supreme Court -- Justice Antonin Scalia. Therefore, his nomination is seen by many as merely restoring the balance that existed on the Court for most of the past decade -- 4 conservative justices, 4 liberal justices, and Justice Kennedy as a key swing vote.

The idea that Gorsuch is a young Scalia is as accurate as such shorthand comments can be, but SCOTUS blog reports that there is one significant exception. Last year, "Gorsuch criticized a doctrine of administrative law (called Chevron deference) that Scalia had long defended." That won't make headlines the way that other hot button issues do, but it's a difference that could bring about a huge and positive change to the way the federal government works.

To understand why, a little background is required.

Over the past four decades, as American society has been decentralizing, American politics has been heading in the opposite direction. Political elites have centralized more and more power in a distant bureaucracy set up to rule without interference from voters. By placing faith in government and bureaucrats -- rather than everyday Americans and community organizations -- the regulatory state is fundamentally a threat to American democracy and self-governance.

The rise of the regulatory state "represents perhaps the single greatest change in our system of government since the founding," according to George Washington University law professor Jonathan Turley. "Our carefully constructed system of checks and balances is being negated by the rise of a fourth branch, an administrative state of sprawling departments and agencies that govern with increasing autonomy and decreasing transparency."

Alarmingly, Turley notes, "Citizens today are ten times more likely to be the subject of an agency court ruling than a federal court ruling."

In 2015, 224 laws were passed by Congress and 3,554 new regulations were implemented. In other words, Congress had nothing to do with 94 percent of all new federal laws. Regulators now have a bigger impact on the daily lives of most Americans than Congress, the president, or the nation's courts.

The Supreme Court has consistently aided this sprint to impose top-down bureaucratic control. In 1984, the Honorables ruled that agency decisions should be given great deference by the courts. Later, the Court ruled that agencies should even receive deference in terms of deciding their own jurisdiction. That latter ruling prompted Chief Justice John Roberts to write a strong dissent highlighting significant concerns: "It would be a bit much to describe the result as 'the very definition of tyranny,' but the danger posed by the growing power of the administrative state cannot be dismissed."

The addition of Neil Gorsuch to the Court will help Roberts address that very real danger. The likely next Supreme Court Justice sees this as a fundamental problem. He has written that permitting "executive bureaucracies to swallow huge amounts of core judicial and legislative power and concentrate federal power [is] more than a little difficult to square with the Constitution."

Gorsuch clearly believes that bureaucrats should be subject to Constitutional checks and balances. If he can help the Court provide such accountability, the next Justice will play a great role in restoring America's commitment to democracy and self-governance.